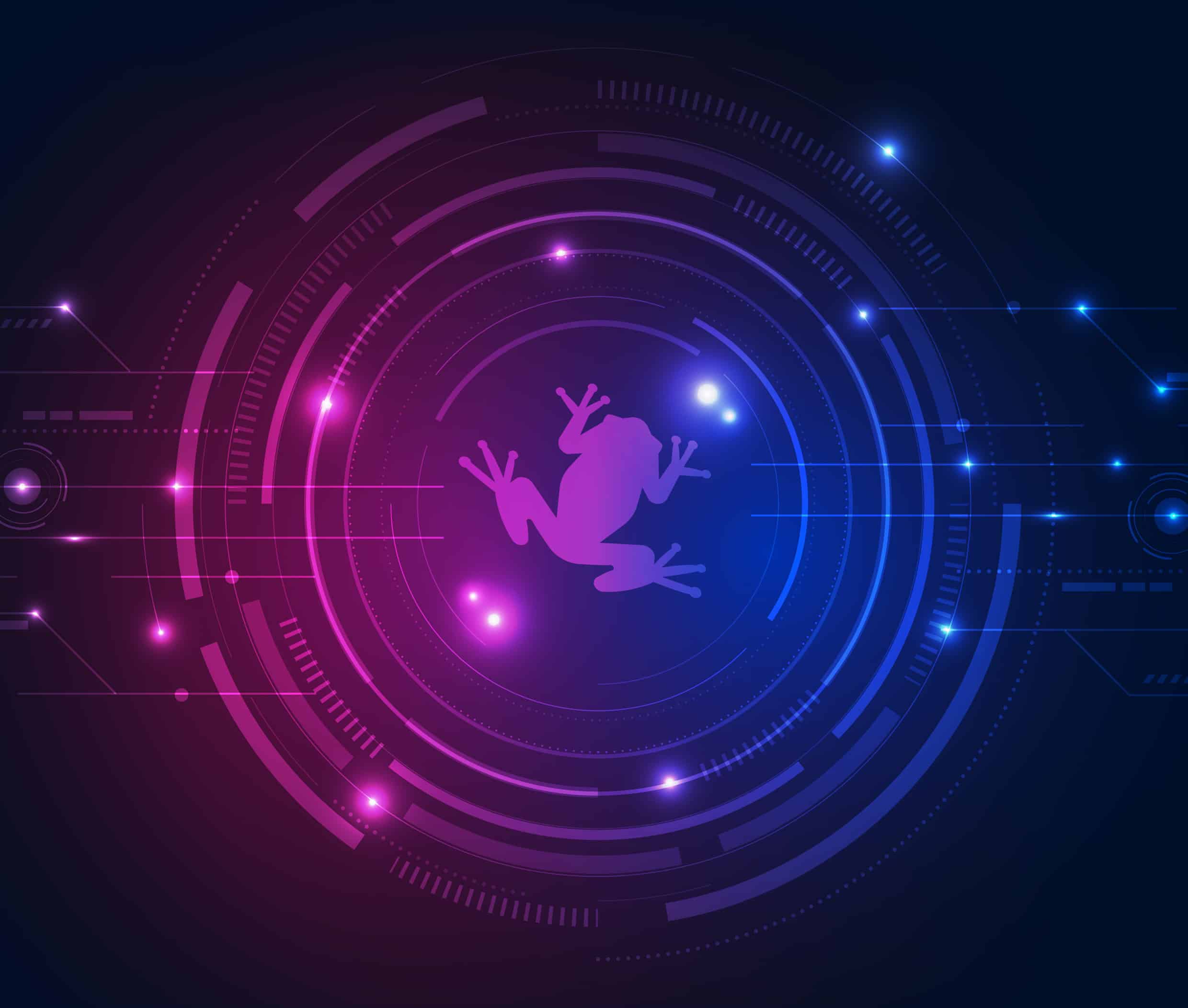 A Fable that still seems to be evergreen?

My work in recent change management programs made me recall the story of the fable of the Boiling Frog. I realised how relevant it still is, even in today’s context of transformational change management in an organisation.

If you have not heard the story, here it goes – “The boiling frog is a fable describing a frog being slowly boiled alive. The premise is that if a frog is put suddenly into boiling water, it will jump out. But if the frog is put into tepid water which is then brought to the boil slowly, it will not perceive the danger and will be cooked to death.”

This experiment was conducted for scientific reasons, to test the responsiveness of climatic changes on living organisms. The story has found its way into the world of business management. It has been adopted also in the field of behavioural analysis and reactions to change. Applying scientific findings into the realms of management sciences, has had a great success.

Whilst my opening remarks highlighted that not taking this fable more seriously, is not all doom and gloom, but a message that needs to be repeated and recounted with vigour to avoid getting caught out in a highly disruptive world.

The experiment vs reality

Whilst this 19th century experiment was designed to test the frog’s responsiveness to the changing temperature, it highlights that change can creep up without any pre-warning or little time to adapt to changes. The consequences for not appreciating and understanding the surrounding conditions can be very costly and highly detrimental.

The analogy of this fable to the business world is no different. Organisations evolve driven by their own dynamics. This evolution creates momentum of changes in the conditions and manner in which the organisation and its people interact. Like the frog, if we have been in an organisation for a long time, you could well misread the changing conditions, resulting in surprising negative consequences. Whilst if you join the organisation from the external world, you will have a better view and an understanding of the current conditions you have walked into, well aware of the dangers in your sights.

The complacency of the comfort zone

We have come to refer to this scenario as the comfort zone syndrome. Often people rely on the knowledge and experience of the past to cushion the present and future, thus creating a misguided comfort zone. A very big mistake indeed! The comfort zone syndrome is a big fat excuse to deny that change is happening all around us. This is where many have been caught out with dire consequences.

But how do we arrive at such situations? There are many paths that can lead to this situation and which can initiate from different sources and for different reasons.

The most common are communication, trust and engagement. The lack of these elements creates a critical divergence in thinking and behaviour when the environment is changing and a state of uncertainty starts to prevail.

And this is where the comfort zone syndrome becomes an escape route to avoid facing the cracks that start to emerge in an organisation, in a function or in smaller teams.

The old adage of “if it ain’t broke don’t fix it!” is often used to deflect the reality of changing conditions around us. Whilst it was coined by Bert Lance for a different reason, today it is used to describe resistance to change.

Applied to the business world, it is true that if something is working well, we should not just change it for the sake of change. But it is the very fact that because things are working well, is also a source that implants an element of complacency.

We fail to see the changing temperature around us. Things are going so well, that we cannot imagine that anything can go wrong? Another big mistake indeed – beware of such situations – they creep up fast!

Our knowledge and experience should teach us that we live a world of cycles and that what goes up must also come down. These are the prequisites for monitoring the environment around us – it is the foresight to anticipate changing conditions.

Such anticipations of change are vital to avoid market crisis, rapid downward, precipitations in business performance and loss of profitability in the business.

How then can we persuade all those around us, that even if it ain’t broke, we need to consider adjustment to the business course?

The first signals we get of something strange going on around us, must be taken seriously. This can be a very difficult moment to accept that the good times are coming to an end. But it is the astute CEO, Business Development Manager or Business Analyst, that needs to have the courage to raise the alarm and propose the right actions. But the signals need to be deeply analysed using the wide data and statistical information available from many sources. Often it is the denial to access, accept and act upon this data and information, when the current business run rate is good.

This is the fatal error of judgement that sustains the old adage of “if it ain’t broke don’t fix it” and promotes the ostrich head in the sand syndrome.

The Sigmoid Curve
by Prof Charles Handy in 1995 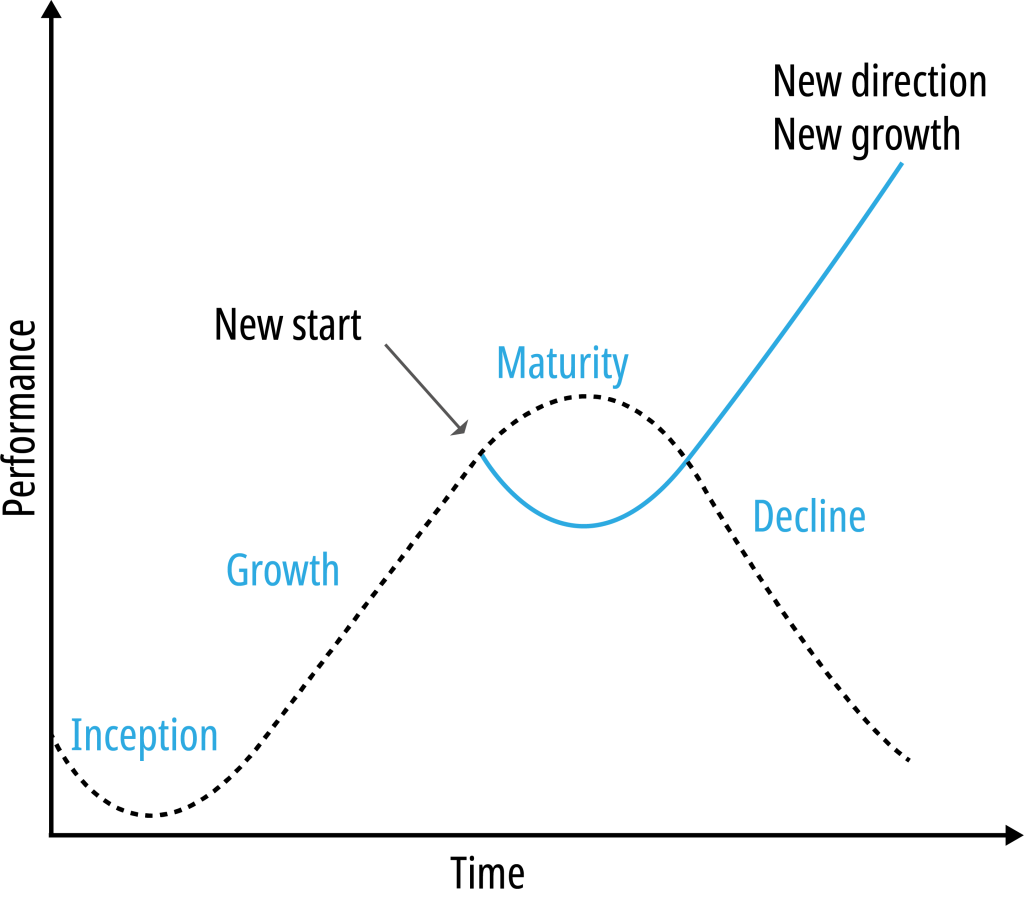 So we have been successful to break the first resistance barrier and to call attention to the changing environment. The data analytics have somewhat persuaded many that that some adjustments are needed to change our course.

But the big challenge will be to overcome the second resistance barrier, as to when to take the corrective action.

This decision point is even tougher than the first one!

We should take note of Prof Charles Handy’s Sigmoid Curve Theory, that defines life cycles as having 3 distinct phases – at inception, the Learning and Experimentation, Growth and Matruity and the End of Cycle and Decline. The Curve illustrates the phenomenon, regardless of type. It experiences a sharp growth, then hits the maturity phase, where growth slows and then stops. This makes the strong case for significant ongoing change.

In fact Prof Handy illustrates on the sigmoid curve that change must start in the final stages of the growth phase and before hitting the maturity phase – but this is also where the performance evidence shows the least popular time to make any changes – hence the second major resistance point.

However, once you enter the full maturity phase (top of the curve), followed by the declining phase, it is too late. Panic sets in shock and surprise prevails, big doubts to the leadership set-in and motivation is low to take the right corrective actions – a quick spiral into chaos ensues.

Navigating into uncharted waters, in reality people do not resist change per se, but they resist the unknown. The fear of the unknown is the true resistance point. Sailing in to unknown waters is the analogy we use when we are not sure of what is around the corner.

If we were better informed of what was changing, why the need for change and have the re-assurance that making the change was the right thing to do, then we surely would not have to be fearful or put up any resistance.

The need for Change comes without warning. Either you change or change will change you. Being forced to change creates more resistance, resentment and increases the level anxiety with several other knock-on consequences.

This brings us back to the 3 pillars of change management. Communication, Trust and Engagement. The effective skills in leading change are about anticipation, validation, preparation and execution of the change needed. The need to change has accelerated in speed over recent time, driven by the highly volatile and uncertain conditions around us.

It has now become a given norm of managing any business to heighten risky situations. But in all of this, People remain at the centre. Without people and their engagement, businesses cannot run, supply chains become nice flow charts and innovations dry up.

The 19th century boiling frog experiment is worth a deep reflection on how we are being impacted by change knowingly or unknowingly. And the need to transform the way we do things becomes an imperative that requires serious deeper consideration.

The need-for-change is a very likely and necessary step for business development and sustainability. However starting a journey of transformation within an organisation can be hugely daunting. This introduction to a transformational journey, illustrates that it is not as complicate or as expensive as it may seem. The rewards and benefits will be significant. ESP Consult advises on structuring the model to facilitate and successfully implement Adaptive Supply Chain driven organisation through transformational management. For those involved in this journey, it has been an enlightening and motivating experience.

For more information about the about the article and publications to improve your supply chain refer to joe.lombardo@espconsult.biz 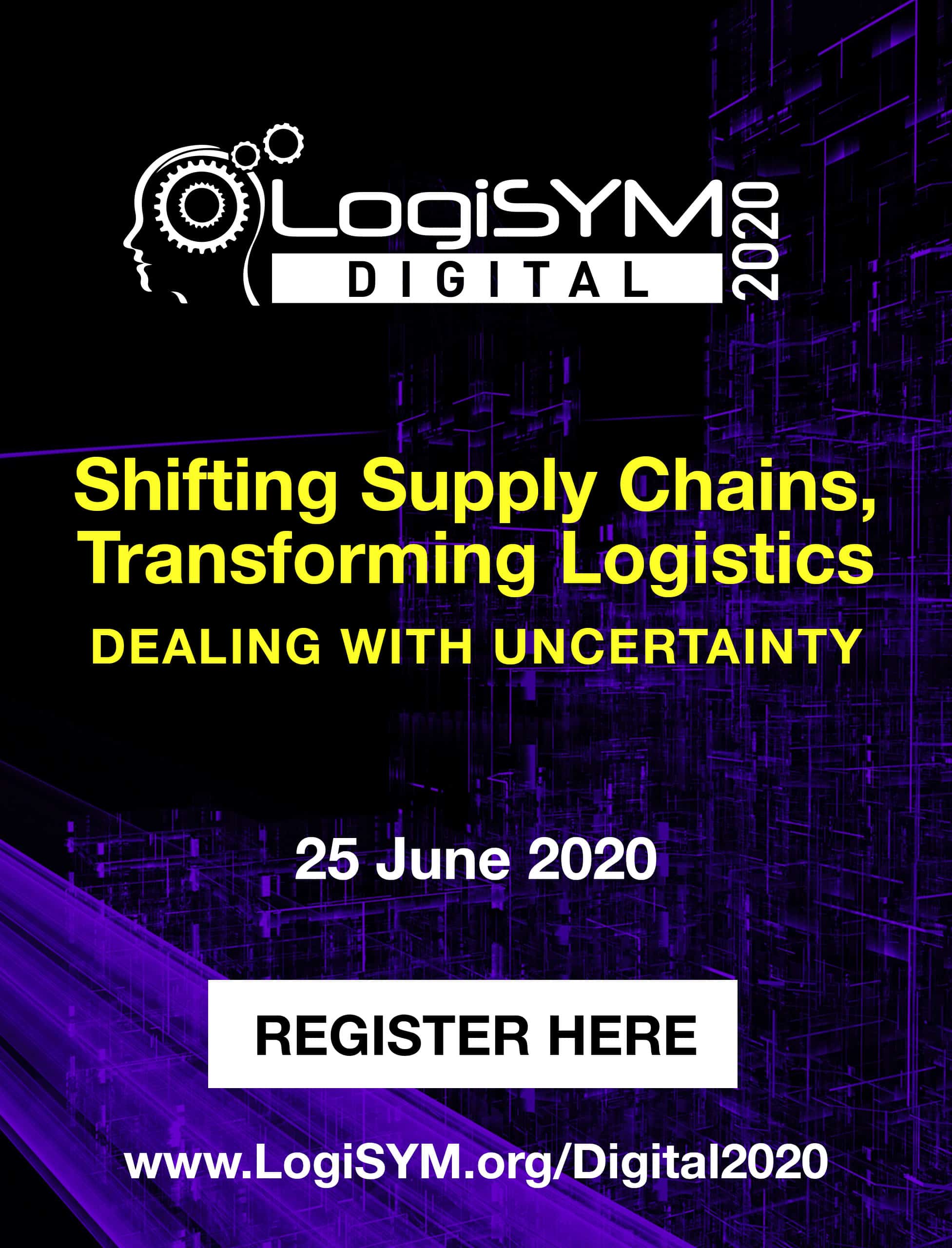 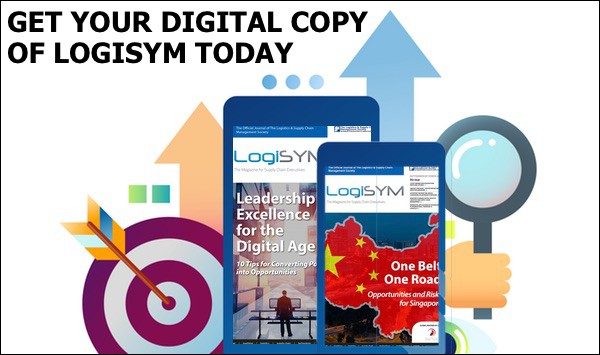