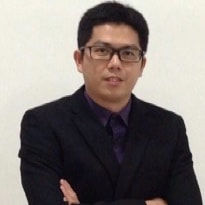 Prior to this, Thai Yuan was based in China for 2.5 years as Senior Operations Excellence Manager in GitiTire, an Asian multinational company within automotive parts OEM industry with annual revenue exceeding US$ 4 billion. He had rolled out Giti Excellence System (GES) as people enabler to build awareness among 16,000 Giti colleagues, and to develop Operations Excellence competency among selected high potentials with 142 certified yellow belts, 15 certified green belts and 3 black belt candidates identified in the first 12 months after roll-out. He then spent the next 18 months to initiate a Lean Transformation at a flagship plant of 6,500 headcount and US$ 1 Billion annual revenues. Results attained through road map defined in annual strategic deployment workshop are: 3 Million hard savings; and foundation setting of Lean Culture on shopfloor through the 2 pillars of visual management to surface problems and fact-based problem solving.

Between Jul 2002 to Oct 2010, he was based in Singapore where he took on the progressive role as regional change agent to drive Lean transformation initiatives and Supply Chain optimization projects within Asia Pacific region. This is the early stage of his career where he built his core competency in Lean Six Sigma, Industrial Engineering and Project Management through hands-on implementation on the shopfloor.

Thai Yuan will be appearing in the following sessions:

BACK TO THE LOGISYM SINGAPORE 2018 AGENDA