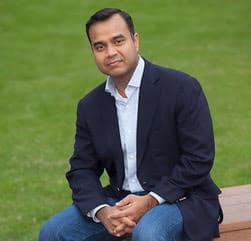 Suresh Dalai has worked in the retail sector for more than 20 years, with brands such as Levi Strauss, Ermenegildo Zegna, and consultancies Alvarez & Marsal and Kurt Salmon Associates. His experience focuses particularly on leading large organizational and process transformations.

Suresh is currently a Director in Alvarez & Marsal’s Retail practice in Asia. Over the past year, he has been part of the management team of a global US$200M fast-fashion brand in China. He has helped the brand turn around its operations by launching a new store concept, optimizing its sourcing capabilities, and bringing speed and commerciality to the product development process.

Suresh was the Head of Retail Merchandise Planning for Levi Strauss, Asia, Middle East, and Africa. In this role, he directed retail planning operations for a US$800M business, across 30 countries and 1,800 stores. He centralized the region’s merchandising operations, built a new regional team, and accelerated execution through regional standardization and cross-functional integration.

Prior to Levi’s, Suresh was part of the leadership team for Ermenegildo Zegna in Greater China, a US$500M business across China, HK, and Taiwan. He built a new merchandising and distribution organization and executed a new go-to-market process by integrating the company’s strategic, financial, and merchandising objectives and mobilizing multiple functions.

Suresh has spoken extensively throughout Asia about how to achieve operational excellence in retail. He has an MBA from Columbia University in New York. Currently based in Singapore, he has worked in the U.S., China, SE Asia, India, and Japan.

Suresh Dalai will be appearing in the following sessions:

As an industry, we have been saying for decades that supply chain integration can be a source of competitive advantage, and that companies should use…