Posted at 09:26h in by LogiSYM Editor 0 Comments 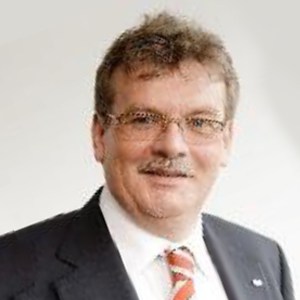 Roman Kaiser is the CEO of AAT Automation GmbH, a company he founded in 1995 and built it up to a successful, worldwide active supplier for automation technology. To further develop the company, in 2005 he sold it to the Grenzebach group, where he directed and laid many foundations for new product areas. His responsibility was to develop new business fields in automation and robotics and he grew it into a successful business unit with over 200 employees and a turnover of more than 100 million Euro.

In October 2014 he took the controls and automation technology division of Grenzebach Automation private and changed it back to the name of AAT Automations GmbH. With the new shareholding, the company provides control and automated production systems for warehouse operation, airport baggage and cargo management, automated guided vehicles (AGV) as well as other business fields.

Roman studied communications and electronic engineering at HTL Institute for Advanced Technical Education in Mödling/Austria. He started his career in 1981 with CFC Fördersysteme GmbH in Karlsruhe, Germany as controls engineer. From 1985 on, he was involved in several large projects for conveyor systems and logistics in the automotive industry and lead the area of controls technology and conveying systems until he founded AAT.

Roman Kaiser will be appearing in the following sessions: