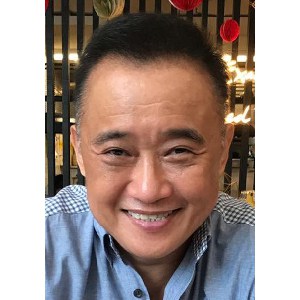 Lawrence Ng is General Manager for South East Asia at Boomi, a Dell Technologies business, based in Singapore. In this role, he is responsible for enabling organizations in the region to accelerate their digital roadmaps and capitalize on the benefits of an integrated data strategy.

Lawrence started his career in the Singapore Armed Forces (SAF), where he completed various appointments in command and staff, and, as Chief Technology Officer (CTO), was regarded a trusted advisor by the SAF’s executive decision makers. In his 17 years as a military officer, Lawrence successfully delivered multiple transformation projects, including a S$50 million IT project.

After departing the SAF, Lawrence gained extensive experience in networks, data centers cyber security and IP communications at Cisco, which he joined as Regional Director of Business Development for Asia-Pacific before transitioning to Director of Public Sector Sales in the region. Principal to his responsibilities was establishing balanced technology adoption by enterprise and government customers.

Following his seven-year stint at Cisco, Lawrence was appointed Sales Director for Cloud Platform Architecture, after which he was promoted to Regional Sales Director for its Software-as-a-Service (SaaS) business, where he expanded his expertise in cloud applications and data management. During this tenure, Lawrence delivered some of the company’s largest business wins in South East Asia.

Lawrence holds a Masters in Business Administration (MBA – Distinction) from the State University of New York, a Masters of Science in Strategic Studies from Nanyang Technological University, and a Bachelor’s Degree from the National University of Singapore.

Lawrence is married with two children and enjoys barbeques with his family over the weekend. He is an avid reader, runner and golfer, and has a keen interest in current affairs and international relations.

Lawrence Ng will be appearing in the following sessions: