Posted at 11:56h in by LogiSYM Editor 0 Comments 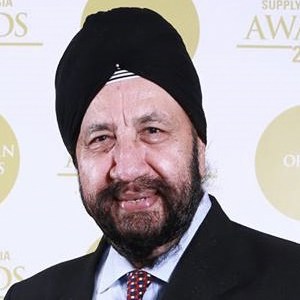 Mr Singh was the Chief Executive of SATS Airport Services from 1998 to 2004. He was appointed the Chief Operating Officer of SATS in 2004, where he held the position till his retirement in 2009. In SATS, he headed the West Asia region and is responsible for existing joint ventures and new business ventures in the Indian sub-continent and the Middle East. Mr Singh has been an Independent Director at Keppel Telecommunications & Transportation since 2010.

Prior to joining SATS in 1998, Mr Singh was with Singapore Airlines for 24 years, serving in senior management positions covering corporate affairs, public affairs, corporate planning, aviation fuel, commercial purchasing and administrative services. In SATS, he has held the positions of Chairman and General Manager at SATS Security Services and General Manager of SATS Apron Services. He was the Chairman of Asia Airfreight Terminal Hong Kong and Aerolog Express, and Director of Asia-Pacific Star, SATS Airport Services, Virgin Aviation Services, SATS Investments, Aviserv, SATS Catering and Mid-East Airport Services. Mr Singh was a Board Director of Taj-SATS Catering and supervised the AI-SATS Ground and Cargo Handling joint ventures in India. He also served as a Board Member (as Representative for IATA), Air Transport Action Group from 1995 to 2006.

Mr Singh has been the Chairman of the Chartered Institute of Logistics and Transport, Singapore since 1992. He has been a Board Member of the Public Transport Council since 2005 and a Member of the Singapore Institute of Directors since 2006. He is Chairman of the SingPost Advisory Council on E-Commerce and E-Fulfillment. Mr Singh is a Board Member at The Logistics Institute – Asia Pacific since 2003, and a Member at Industry User Council (Logistics & Transport) since 2004. He is a Director of GATI Asia Pacific, Advisor to CEO/SVP NIIT Technologies and Member of the Downtown Line Steering Committee. He is a Member at India Networking Steering Committee since 2004.

Mr Singh has been on Government Committees since 2008, and was a Member of the Panel of Judges, DBS-SICCI, Singapore Indian Entrepreneur Awards. He also served on the Working Group for Logistics as part of the Government’s Economic Review Committee. He was a Member at Maritime R&D Advisory Panel. Mr Singh was President of SIA Group Sports Club from 2008 to 2009, and Board Governor at Raffles Girls’ Secondary School from 1999 to 2004.
Mr Singh has delivered speeches at international forums, including the Organisation for Economic Co-operation & Development (OECD), Asia-Pacific Economic Cooperation (APEC), and International Air Transport Association (IATA).

Mr Singh was conferred the Public Service Medal at the 2014 National Day Awards of Singapore, in recognition of his significant contributions and public service to the transport and logistics industry in Singapore. Mr Singh graduated from the University of Singapore with a Bachelor of Arts in Geography (Honours – Gold Medallist).

Karmjit Singh will be appearing in the following sessions: