Posted at 08:46h in by LogiSYM Editor 0 Comments 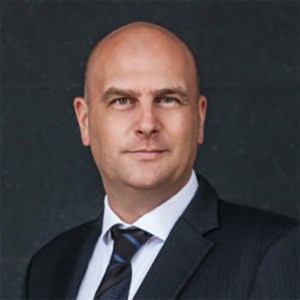 Coming from the Port and Industrial Zone in Sohar, Mr. Lammers joins Abu Dhabi Ports with over 20 years of experience in Logistics, Commercial and Operational Management, Maritime Logistics, Port and Free Zone Development across the GCC and Europe.

In 2016 he served as Corporate Development Manager at Florencis Group, a holding company for a group of logistics companies. In this role he was responsible for business strategy, developing reporting schemes and increasing customer service experience. In early 2016 he was also the Managing Director and Board Member at Progeco Holland, a company specialised in the running of containers and storage facilities throughout Europe, including Rotterdam, Antwerp, Hamburg, Bordeaux and Marseilles.

Edwin Lammers will be appearing in the following sessions: