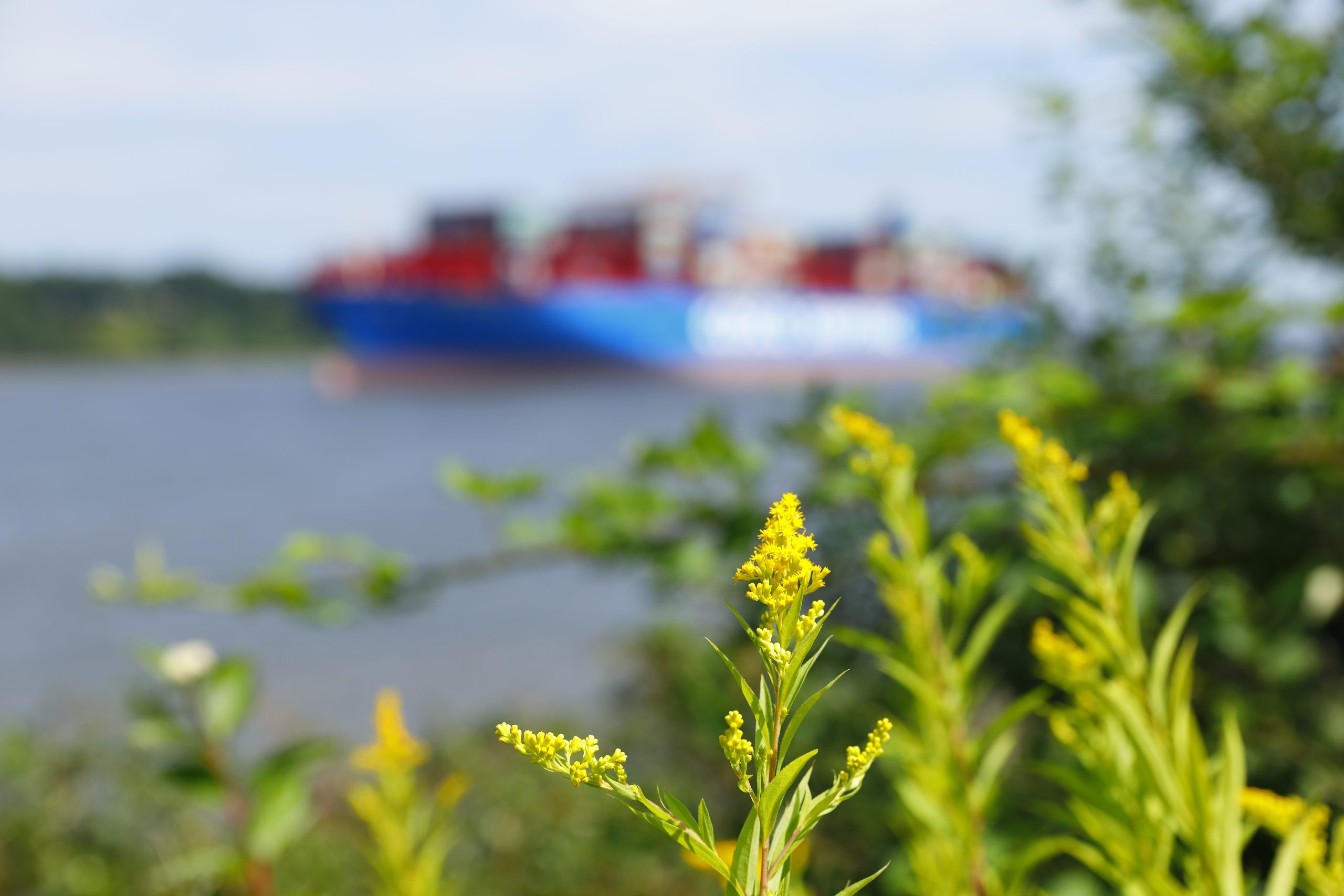 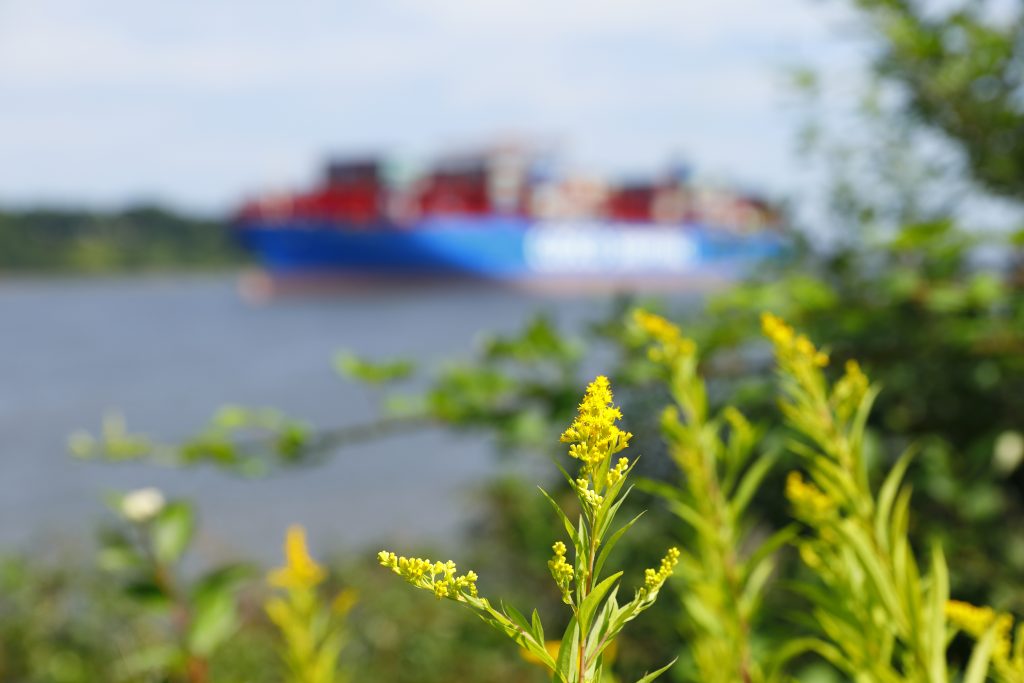 Last year the Intergovernmental Panel on Climate Change, or IPCC, released their most damning climate report ever. While the facts and the consequences discussed in the IPCC report are frightening, they are not new. Released at the same time as the world was ravaged by some of the worst floods, wildfires, and heatwaves that humankind has ever seen, the report only confirmed what we already knew. The impact of climate change means the world is facing irreversible damages, and all living beings on the planet will feel the consequences. Eventually, we will all experience the consequences, and hence it is our duty to do what we can to make the best choices for our future.

So far, the discussion on limiting global carbon emissions has focused on the energy sector and, of course, air travel. But to be honest, the shipping industry is as much of a culprit. If we take a closer look, we can see that global aviation, including domestic and international; passenger and freight accounts for 2.5% of the world’s carbon emissions. Meanwhile, reports estimate that shipping contributes 3%, or a staggering 1 billion tonnes of CO2. It’s so severe that if the shipping sector were a country, it would be the sixth-largest emitter of CO2 globally. Even more damaging is that, at the current growth rate, shipping could account for 10% of global greenhouse gas emissions by the year 2050. Something clearly needs to be done; the question is what, and how did it come to this?

First of all, the shipping industry today is enormous. In the last half-century, despite the very recent upturn in pricing, the cost of shipping has gone down significantly. These lower costs are mainly thanks to container shipping and the ability to load tens of thousands of 20 ft containers onto one single ship. Consolidating a variety of products into containers has lowered shipping costs and decreased lead-times. Quicker transports have, in turn, helped the expansion of international trade and globalization. Today about 90% of non-bulk cargo worldwide is transported by a container.

Talking about CO2 emissions, the industry’s sheer size is unfortunately only one part of the equation. The more significant problem is that container ships run on cheap “bunker fuel”, made from the residue of the refining process. When burned, it emits both a large amount of CO2 and black carbon, a delicate particle matter that is a major contributor to global climate change, possibly second only to CO2.

Bunker fuel also contains sulphur, another chemical that, when burned, produces noxious gases and fine particles that, in addition to the environment, also seriously harm human health. Sulphur oxides can damage a person’s respiratory systems and cause breathing difficulties, particularly in children and other sensitive people. Today, the shipping industry is one of the world’s largest emitters of sulphur oxides, trailing the energy industry.

While several ambitious initiatives aim to limit shipping carbon emissions, like the International Maritime Organization and Getting to Zero coalition, cutting emission levels from the shipping industry could prove challenging. The shipping industry has an abysmal history when it comes to caring for the environment: as an example, reports are indicating that container ships built as late as 2013 were, on average, 10% less fuel-efficient than those constructed in the 1990s.

Lately, however, the good intentions seem to be there, and many shipping companies have set their own ambitious goals. But lowering the levels of CO2 and black carbon released from container shipping is especially difficult. The long distances the ships travel (the distance between two of the world’s busiest ports, Shanghai and Rotterdam, is 18,808 km or 10,156 nautical miles) and the weight of these giant vessels mean they require a lot of fuel.

But the real challenge to emission reduction is the high energy density of bunker fuel. Fuels that are cleaner and emit less CO2 are either significantly more expensive, or if used, would take up so much space on the ship that using them would be unfeasible. Estimates claim that green bunker fuel alternatives could be as much as 600% more expensive. Few, if any, shipping providers, or their customers, would consider paying for this.

Still, there are alternatives, although some would require a restructuring of both ships and the industry as a whole. We’re already seeing vessels running on liquid natural gas, LNG, but the jury is still out there if LNG is a “greener” alternative than the existing bunker fuels. LNG certainly has some benefits compared to heavy fuel oils, but the methane leakage that inevitably happens when you extract, transport, store and use LNG could be detrimental. And fossil methane is significantly more harmful to the environment than CO2.

For shorter distances, methanol-fuelled vessels and fully electric container ships are in development. Zero-emission Norwegian container ship Yara Birkeland, albeit with a limited capacity of 120 TEU, made its maiden voyage in November 2021. The ship will alone reduce diesel-powered truck transport by around 40,000 journeys per year.

Hydrogen is another promising and zero-emission fuel. Flagship, a European innovation project, will deploy the world’s first commercial cargo transport ship fitted with hydrogen fuel cells. The transporter is an inland vessel and will sail on the river Seine already this year. There are also discussions on building “hydrogen gas stations” along significant trade lanes, enabling long-haul liners to use hydrogen fuel.

And only last month US company Boundary Layer Technologies announced that it is working on a zero-emission, hydro foiling container ship. The ship, called Argo, will be powered by fuel cells and green hydrogen (stored in its two hulls) and is planned to launch in Q3 2024.

A third option gaining some traction is green ammonia: a carbon-neutral and cheaper alternative to fossil fuels and hydrogen. Green ammonia does emit nitrogen oxides, but installing catalytic systems could eliminate the harmful greenhouse gases.

The most radical suggestion on how to fuel the giant vessels travelling the world is, however, the idea of nuclear-powered container ships. While it has significant risks (primarily ensuring that the nuclear fuel stays contained if the ship sinks), many technical challenges have already been solved. After all, some military submarines and aircraft carriers run on nuclear power today.

Although, there is also a more straightforward and much less radical solution: for ships to simply slow down. “Slow steaming” refers to when ships run at a speed below a ship’s maximum engine capability – they are not going as fast as they could. Reports estimate that a 10% reduction in ship speed can cut emissions by 19% which would mean saving 200 million tonnes of CO2, a significant reduction.

Slow-steaming is often considered the easiest and most cost-effective way to reduce CO2 emissions as it actually offers operational cost savings such as lower fuel usage, and fewer maintenance and operational issues.

And of course, there’s the option of cleaning up current fuel alternatives. It will not solve the problem but provides an opportunity to keep CO2 emissions down while the industry develops a fully sustainable resolution.

At Adanvem, we are committed to achieve this goal and have created a tool that helps customers choose the greenest shipping option for their desired route.

Container shipping is crucial to the expansion of supply chains and, therefore, global trade. Developing and implementing environmentally sound technologies may require investments and resources today, but container shipping will still be a cost-efficient mode of transport. The oceans and the large ships that carry goods across them will undoubtedly continue to play a significant role in global shipping – and in lowering global CO2 emissions. 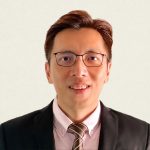 Terry Seetoh is Head of APAC & Oceania at international log tech company, Adnavem. He is a seasoned supply chain expert with 15+ years in the industry spanning Logistics, Procurement, and Contract Manufacturing. Terry is enthusiastic about the digital shift happening in logistics and how technology can help build more efficient, robust, and greener supply chains

The Green Corridor – Logistics’ Role In Preventing The Next Pandemic