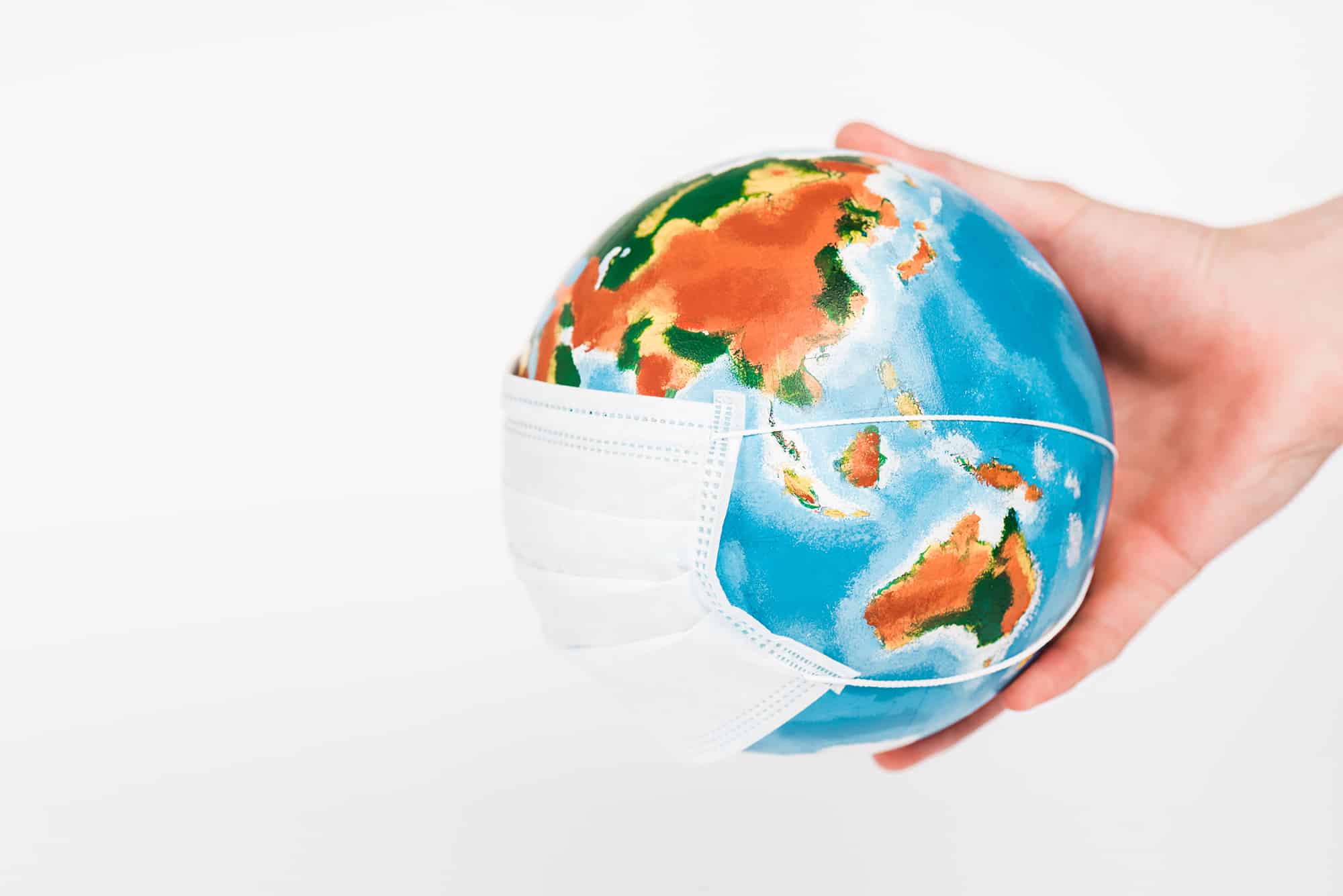 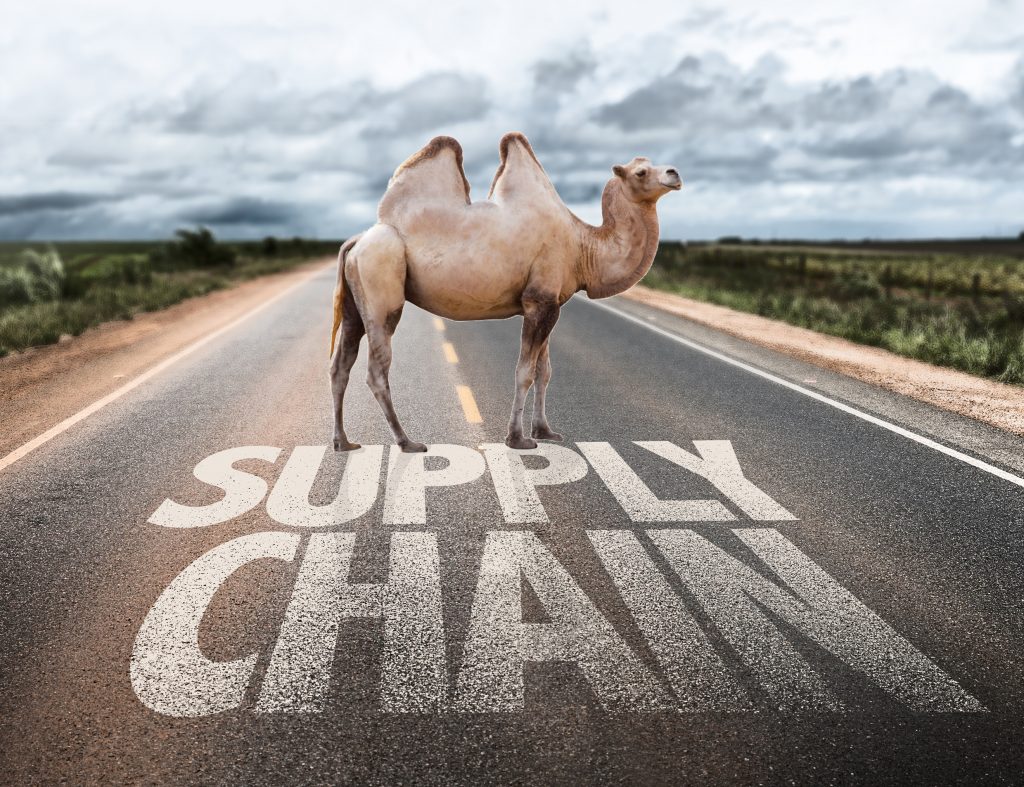 The emergence of the Corona virus has had far reaching ramifications on our World! The global economies are in dire condition, supply chains are highly disrupted and the financial stability raises many serious questions. People, their health and their wellbeing are all big open questions!

At the time of writing this article, there were around 3.0M of today people affected globally with unfortunately exceeding 200,000 deaths. But is the impact on our supply chains given this crisis? 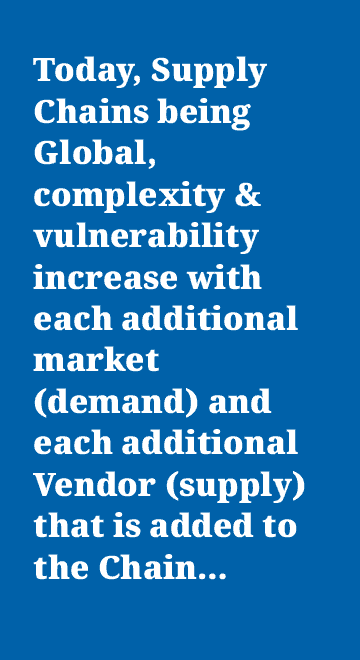 In 21st century, Companies don’t compete with each other, but their supply chains are in competition. Everything being equal (Product, Specs, Service, Price, Features) what separates organisations from each other, is their Supply Chain prowess, visibility and agility. In today’s world, Customers are becoming smarter, technology is advancing rapidly, eCommerce is booming and supply chains are becoming more and more complex.

In the last 20 years a fundamental shift has taken place in most commodities’ supply chains. More and more of product research, product design and revenue take place on home shores, while manufacturing and final assembly, packaging and shipping are outsourced to offshore suppliers and overseas locations. As a result, manufacturing firms now have a different level of visibility or control over their supply chain partners. And that means time and speed to respond to any changes in supply or demand if different.

What we call “Globalization” is where companies have moved their supply chains across international borders. Whilst the chains more “Interconnected” but at the same time making them more decentralised and hence could be more fragile. Organisations and their supply chain are constantly trying to find new paths, new ways to gain advantage over their competitors in the pursuit of making their products cheaper, better and available at speed to Customers.

China’s emergence as THE MANUFACTURING POWERHOUSE 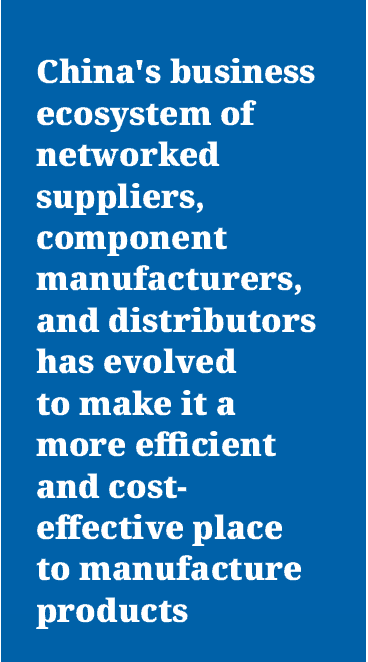 China’s emergence as the manufacturing powerhouse in last 3 decades has been extraordinary. During 1980’s China was not even in Top 10 World economies. By 2010, in less than 30 years, China not only overtook the United States to become the world’s largest producer of manufactured goods but also used this huge manufacturing engine to boost & double the country’s GDP per capita.

Majority of tags, labels, and stickers on a variety of goods displayed, “Made in China.” In a lighter vein we can say, what China was able to achieve during 30 years (1980-2010) that most other developed nations like United Kingdom may have taken more than a century.

One could assume that China managed to do this because of its abundance of Low-Cost Labour, that keeps the Production Costs low. Partially true, but more than just the Cheap Labour, China’s success of being World’s Factory is due to other factors. China’s ability to invest in developing strong infrastructure and their flexibility to adapt to the needs of their Western Clients. The lack of constraining labour laws on humans rights and work place safety legislation, also gave China a free hand to move into areas that developed nations could not do. But they have made a lot progress in developing better business ecosystems and alignment to the global trade rules.

And under pressure from various human rights and other international industrial regulatory bodies, they have had to also curb the free flow of “anything-goes”.

In addition it is also worth noting, that China’s success over the last 3 decades, has been attributed to a very stable global world order – international mobility security, financial stability and a strong dependency of US on the China’s manufacturing base.

But can business continue as usual?

More recently however, Businesses and Supply Chain leaders are inwardly asking themselves if China is losing its appeal as the centralised “the world’s factory”? China has become a financial powerhouse and its reach into new territories around the world, has raised several political questions by some, as being so dependent on China. This has prompted many countries to consider and build new manufacturing capabilities in other locations. Although the investments and effort to build up replacement infrastructure and capacity is slower, this seems to be an emerging trend.

There are new emerging economies that present some very interesting alternatives to China. These could very well mitigate the risk of single sourcing & the high dependency of many countries have on China – but is it enough to tip the scales away from China ? The huge economies of scale that China has installed, will be hard to reach in short space of time.

The success of any alternatives to the China manufacturing option, will depend on 2 major factors – i) the commitment of the Countries seeking to take-up this alternative challenge and ii) Clients who will have the courage and convictions to relocate their manufacturing away from China. 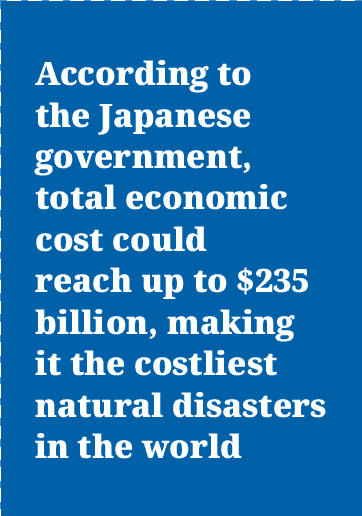 In the last 5 years, there have been many other kinds of disruptions and natural disasters that have adversely affected Supply Chains globally, with costly consequences.

These events have consistently reminded supply chain leaders that they need to re-look at their supply chains and re-adjust, re-access and re-calibrate to make them sustainable and stronger – not only due to the China factor!

1. Tohoku earthquake and tsunami 2011
In 2011, the Tohoku earthquake and tsunami cost Japan an estimated $210 billion. While the quake was felt as far as Europe, it shook supply chains all over the world. Electronics and auto manufacturing facilities were flooded & destroyed. Companies who practice (JIT) Just In Time principle are left without parts. Global production suffered, affecting other nations’ economies. Toyota, Nissan, and G.M. were forced to temporarily shut down some of their facilities in the U.S. and Japan because they could not ship or receive required components.

2. Explosions in the Port of Tianjin August 2015
On August 12, 2015, a series of explosions killed 173 people and injured hundreds of others at a container storage station at the Port of Tianjin. The third explosion was far larger and involved the detonation of about 800 tonnes of ammonium nitrate (336 tons TNT equivalent.

Fires caused by the initial explosions continued to burn uncontrolled throughout the weekend. In eight additional explosions occurred on 15 August. Of the 173 fatalities, 104 were firefighters. The total damages are estimated in the range of $ 5-6 billion, making this explosion the largest disaster in commercial maritime history. as measured in monetary damages.

Immediately after the explosion all Vessel calls and for port authorities were suspended. Tianjin is home to 285 of the F500 companies’ offices likes of Samsung, Motorola, Honeywell, Coca-Cola, Bridgestone, GKS to name a few. Their supply chain was largely affected and had to divert their supply locations to else in China. Many Warehouses were destroyed and closed. Some of these Warehouses were run by private business with little or undervalued Insurance protections.

3. US-CHINA trade dispute early 2018
World’s two largest economies have been locked in a bitter trade battle since early 2018. While it appears as though they were inching towards a closure, when the Corona Virus ussie came to light. This pushed everything else out of the window. This trade war is hurting global economic growth and the damage from more than a year of punitive tariffs may be difficult to reconcile. But it is clear that both sides have deep rooted interests to find acceptable solutions.

The US point of view is largely driven by current internal American politics. US imports nearly 200 Bil $ of Electronics, IT/ Tech, Communication & Aerospace related products from China. US has a trade deficit of over 500 Billion $ with China alone. US also wants to protect its domestic produces from cheap Chinese products coming in to US. In short, the outcome US may (or may not) benefit at the expense of China but it may lose some other (indirect) leverage in business.

4. BREXIT – United Kingdom pulling out of European Union 2016-2020
Brexit stands as an abbreviation for “British exit” which refers to the United Kingdom’s decision in leaving the European Union. While the referendum was rolled out during 2016, it was finally voted & close on 31 Jan 2020.

The EU is one of the world’s largest trading blocs. With Brexit, many trade deals that EU has, would need to be restructured. Similarly, Britain will now have to enter into trade agreements on its own with rest of the world. This is a time intensive and long drawn process which will take certain effort on EU, Briton and rest of the trade economies. This will have adverse effect on trade between EU/ Briton and other super powers like US, China, India and ASEAN. While Brexit gives UK a lot of freedom to do free trade agreements with any country, in reality, it may have adverse effect due to UK climate is of uncertainty. The Full Consequences of Brexit on foreign trade can only really be evaluated once the UK puts in place workable treaties with other countries

5. Corona Virus (Covid-19)
A report by Frost & Sullivan says if the Corona Virus stays long (June) and intensifies globally, the Global GDP could dip to below 2% in 2020 with China’s GDP growth slipping from pre-outbreak forecasts of 5.9% to 5.4%. Nearly close to two decade, since a coronavirus known as SARS emerged in China, killing hundreds of people and sparking panic that sent a chill through the global economy. This virus has also caused havoc worldwide, in almost all major countries bringing the entire Global social life, economies on its knees.

Depending, how you view this event, either as a calamity or a fundamental opportunity ! But have we learnt anything from past virus crisis? Coronavirus could actually be the Black Swan and also the Last STRAW that broke the Camel’s Back. There are so many lessons to learn, if we only did something to avoid a repeat of the previous mistakes!

At the same time, they have to start taking appropriate steps to safe guard the future like address the Cash management issues, prepare a plan to return the current business back to scale asap. Need to Re-imagine and Re-form the broken business, broken supply chains. The below chart explains the path that companies / leaders need to take immediately.

In Part Two, we will take a look at the major impact and consequences of the various disruptors we have experienced and China’s position as the World’s “Manufacturing Factory” . We will review the other developments are happening around the Globe (Brazil, Mexico and SEA) . Where are other geographies in their penchant for near shoring/ re-shoring manufacturing ecosystem.

Sanjay a Bachelor of Commerce from Mumbai University and a Post Graduate in Materials Management from premier Indian Biz School, provides advisory consulting working with start-ups & small medium enterprise organizations to set up their vision, strategy and execution planning of the business management & operations processes.

COVID-19: How to Mitigate the Impact on Your Supply Chain? – LogiSYM April 2020