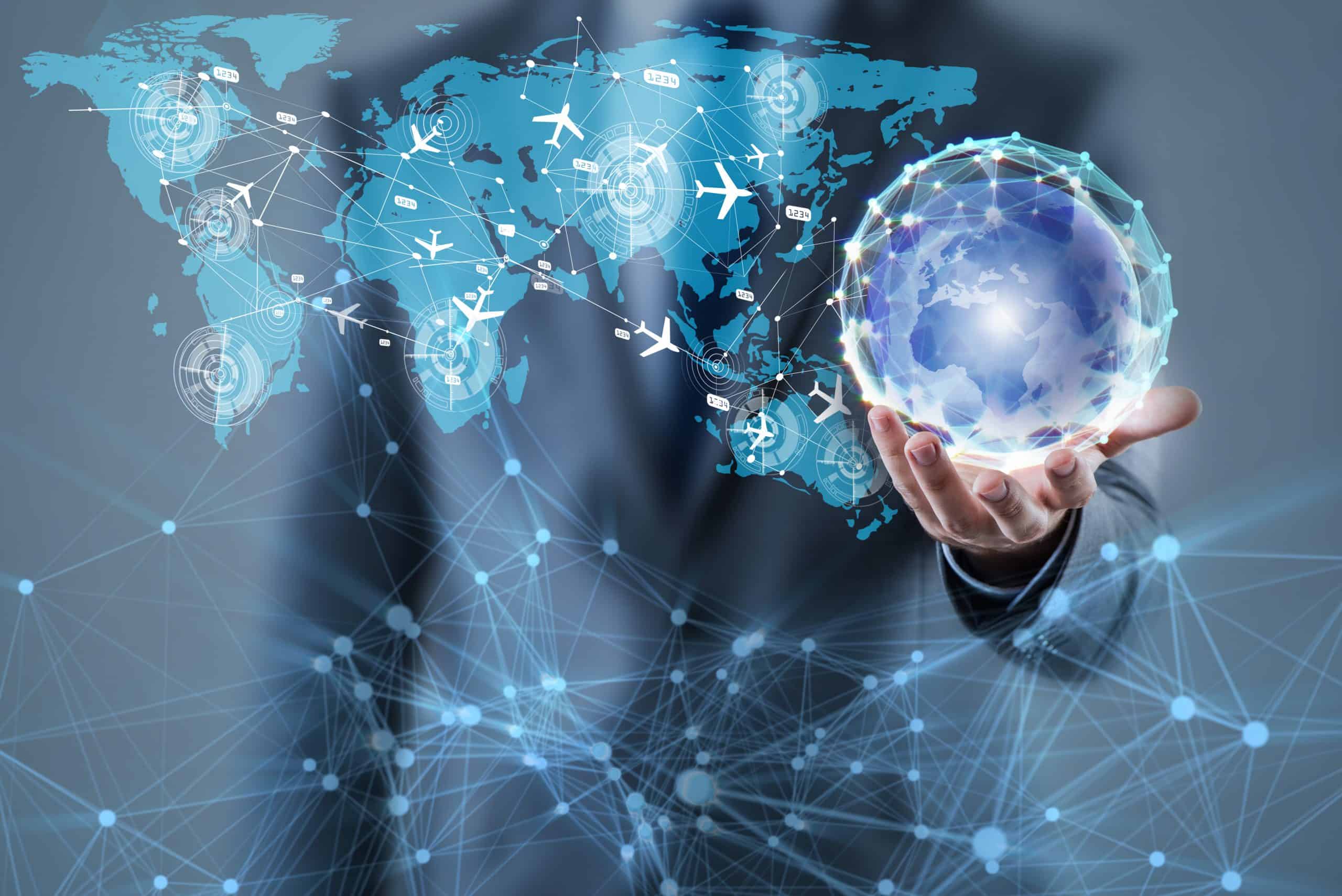 This question has been asked before, against the backdrop of Trump, Brexit, and a revival of protectionist ideas in many areas of the world. But has this question now gained renewed and increased attention due to the Corona virus outbreak ?

The Coronavirus is demonstrating the vulnerability of globally distributed supply chains and the risks this of single sourcing. More specifically, it has alerted European and American companies, as well as consumers on how dependent they are on China.

At a first glance, data seems to support the idea that supply chains are not as global as we think they are. Globally shipped container volumes increased only by 1.1% in 2019, while total freight ton kilometers reported by IATA actually shrunk for the first time in years. With the current Corona virus pandemics, 2020 is not expected to be much better than last year.

However, we should be careful not to confuse a short term crisis with a long term trend. Similar developments were observed in the past in times of economic recessions and it might be argued that a slowdown was already brewing in 2019. This may have been masked by a low interested rate fueled stock market, while the current situation is clearly exceptional.

Take a step back as let’s ask – Are we currently living in a truly globalized world?

If we look at the top container ports and cargo airports, we see clearly that they are not even remotely close to being truly globally distributed. We see clustering in East Asia, North West Europe and the United States, plus a few hubs which grew along “the worlds backbone” connecting China to Europe.

Global supply chains have over the last three decades have been more “China centric” and not so much Globalized with China serving as the developed Countries’ workbench. A gradual move away from this China centric system would not really be a reversal of globalization but a potential evolution of globalization moving into its next phase. This is in fact may be a very interesting trend!

The exceptional growth in China over the last decades was made possible by conquering markets for mass produced goods, replacing producers in other parts of the world. This mercantilist growth strategy is bound to lose traction at some point.

This could arise due to no new markets Chinese industry would be able to conquer, or conquering them would undermine the prosperity and purchasing power of it’s Customers (figurative example: “If China drives Germany out of the car business, Germans would not be able to afford Chinese products any more”). 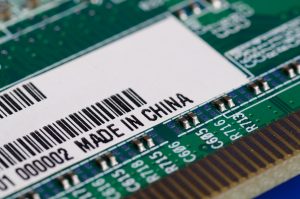 Chinas government recognises the challenge driven by the significant demographic and social changes of the last years, which makes it harder to compete on labor costs.
They are trying to pursue several major initiatives to mitigate their position and ambitions. These can be summarised in 4 clusters:-
a. moving up the “know-how” value chain in intensive fields (“Made in China 2025” program),
b. producing more for domestic demand, which stimulates also internal growth
c. focus on large scale construction projects – in China as well as abroad – and,
d. leveraging coordinated political and economic efforts to build relationships with Countries on the periphery of the current trade systems – this is very evident in Africa on a big scale.

With the intensity of the efforts seen, China is serious in being a big player on the global platform. But not all these initiatives are expected to be a complete success. In a worst case scenario China might be heading for a period of stagnating growth, similar to Japan in the 90’s. This will therefore question the status quo, as it may not last.

Despite this high level of insecurity surrounding China macroeconomic developments, five major trends that will shape the next stage of global trade can be identified:
1. Automation, which is making many industries less labor intensive and enables…
2. Re- & near shoring, a desire to move production closer to the point of consumption, to increase supply chain stability, shorten production to market cycles (i.e. in the fashion industry) and placate dissatisfaction of the working class in developed countries
3. Cheap labor is moving on: With living standards in China improving, producers of labor-intensive low value goods are looking for alternative sources capable of mirroring Chinas “good infrastructure – stable politics – low wages” success formula
4. China is moving on: Government initiatives steer China toward high tech industries, qualified services and increases domestic consumption. This is seconded by developing strategic partnerships with Central Asia, Africa, Pakistan, Bangladesh, Greece, Italy,…
5. Ecological and resource concerns, which, while temporary displaced from the headlines, will quickly resurface once the Corona pandemic cools down

The Outlook for the Global Supply Chain Network

How does all this translate in changes in global Supply Chains and Trade in the upcoming years and what should the logistics industry prepare for?
We can never know and likely a war, a virus or an invention comes around tomorrow rendering a lot of speculation moot but let’s try:

a. Global connectivity, trade (measured in value of traded goods) and Supply Chain interdependencies between countries will continue to grow, but the number of total freight ton kilometers will only grow slowly or even shrink for a time as trades will be more among partners that are closer to each other. This affects both air & ocean transport. (freight ton kilometers is not a common measurement in ocean but well suited to express this context).

b. At the same time the global economy will be more multipolar. New players have emerged, but the old ones are also still around and not to be neglected. These players, a simplification for various countries and regional economic systems, follow different economic strategies, based on their unique geographic and social features (as can be expected from the theory of comparative advantage) as well as different priorities set by again more important governments.

c. China has already accumulated technological know-how and economic influence, which allows it to challenge the USA and the European countries on the global stage. At the same time it can’t hope to continue growing forever on an economic strategy of producing consumer goods for the economies it aims to surpass, as the Japanese example showed a few decades ago.

d. South East Asia has quietly developed into an economic microcosmos surpassing Russia or India GDP-wise and mirroring Europe in the way its nations, different and sometimes heads-on but strongly connected and interdependent, form an economic eco-system.

e. India is positioned to catch up, based on the strength of its labor force and the as soon as it has wrestled free from its own red tape.

Social-Political pressure to bring jobs back home is quite prevalent, seen through protectionist measures to improve domestic economic performance, is significant. Taking also the ambitions and aspirations of China it maybe the turning point for a deep review.

Increasing the deployment of automation will make it possible for companies in Europe and North America to re-patriate some manufacturing industries back onto their shores. An additional alternative, already gaining some traction, is production in neighboring areas such as Mexico, Eastern Europe or North Africa, so combining the benefit of being geographically close to market and relatively low wages.

Either way these plans will need an investment strategy that will require significant funding. Indeed it was the attraction to go “asset light” and “outsourcing” which has brought us where we are now.

A snap shot of the evolution we have seen from Colonial days to our current model, is very interesting, but also highlights the dichotomy that we are faced with.

The multipolar model (as illustrated in diagram above), would resemble the true globalization model that we have imagined to be in. This would also bring a more balanced trading world than we have.

However, the questions for such a transition are many and also very challenging.

How swiftly and with what motivation will this new globalization model transform, will depend on several key factors:-
a. the success of China’s current economic strategy,
b. the outcome of the struggle between liberalism and economic nationalism in Europe and the Americas, as well as an appetite to invest on-shore infrastructures,
c. the speed at which new technologies will be adapted in the supply chain execution,
d. the emergence of new economic zones, like Indo-chine Countries, India and Africa.

But for sure the Corona virus pandemic will leave a lasting impact on all supply chain models as we have known them. It is no longer just increasing focus on supply chain resilience alone or expect it to be business as usual after this pandemic. Many businesses will have been weakened economically by this event and recovery will mean a lot more than just business continuity plans to restart business.

Clemens Schapeler is working in logistics & supply chain consulting for 10 years, after graduating from the University of Karlsruhe. Focus on international transports and freight procurement. Especially interested in data analytics and transforming analytics & research results into actionable insights. He is Project Manager for the Ocean Market Intelligence Initiative at Tim Consult, a leading logistics consulting and market intelligence company, and teaches classes in Transport Geography at Baden-Wuerttemberg Cooperative State University.


MORE FROM THIS EDITION

A Reflection on Leadership During a Lockdown – LogiSYM May/June 2020

The Aftermath from “Lock-Down”! – effective Supply Chains will be vital to the recovery – LogiSYM May/June 2020

COVID-19 Aftermath: how to rebuild your supply chain? – LogiSYM May/June 2020

Globalised Supply Chains – the Straw that Broke the Camel’s Back? Part 2 – LogiSYM May/June 2020