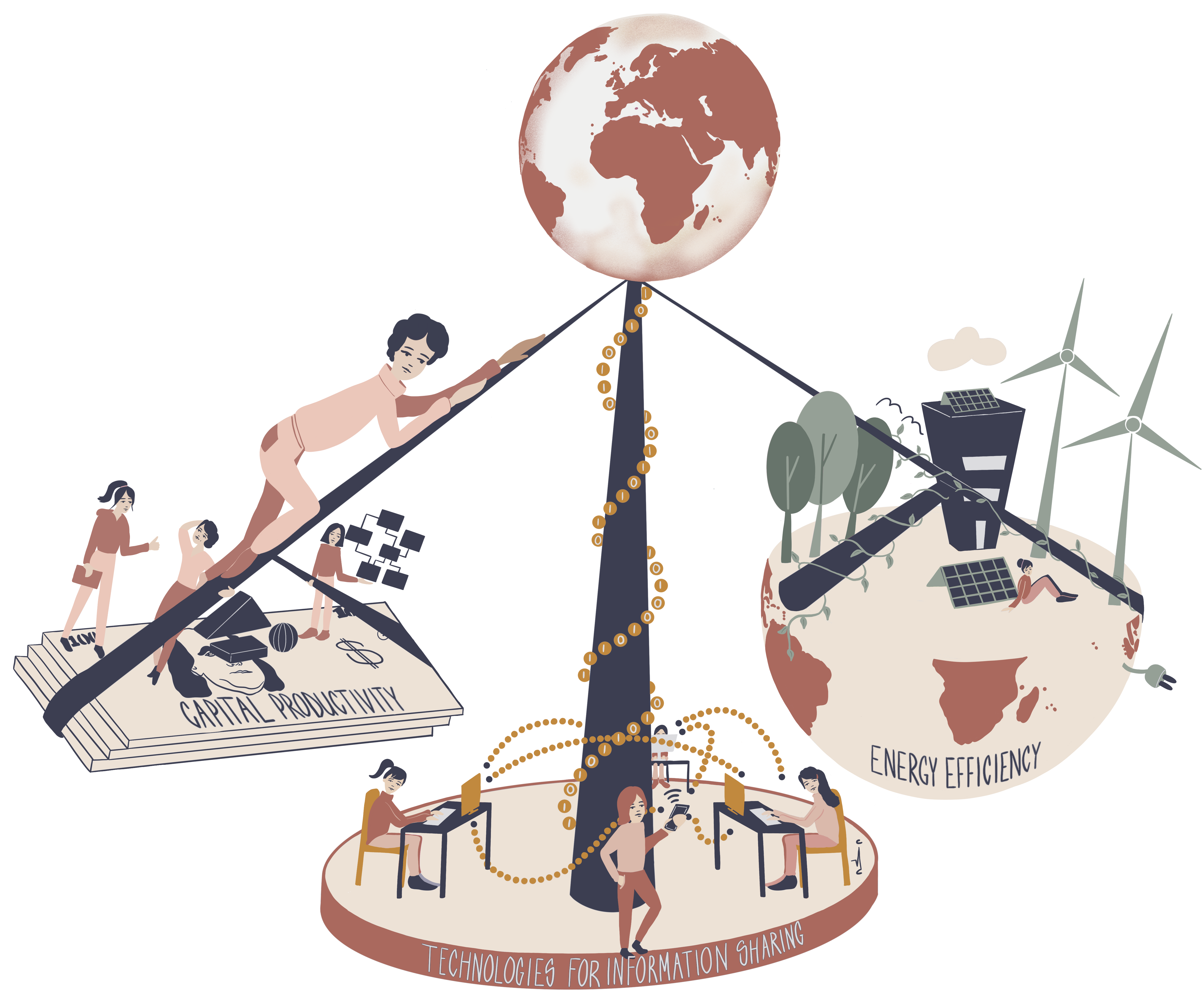 COP26 marked a special moment. The transport and logistics industry has started to engage differently in the annual United Nations (UN) Climate Change Conference. The sector took a seat at the table and participated in concrete initiatives, like the two zero (2Zs) emission initiatives, namely the Global MOU for ZE-MHDVs for zero emission new vehicle sales and the Clydebank Declaration for specific zero emission maritime shipping corridors. This moment of change was described in Part 1 of our contribution published in the December ‘21/January ‘22 LogiSYM edition.

In this subsequent Part 2 of the report, we summarize the efforts required to bring such initiatives to life. Additional three zero (3Zs) emission initiatives were launched at COP26 that will help the transport and logistics industry to contribute its fair share to the decarbonization of economy and society. The three enabling initiatives are the First Movers Coalition, the Just Transition Maritime Task Force and the US-China climate agreement. These efforts complete the set of the five (5Zs) initiatives that changed the world of transport and logistics during the 14 days of the Glasgow conference. At the end of the article, we also point out that reducing emissions will not be a “home run”. 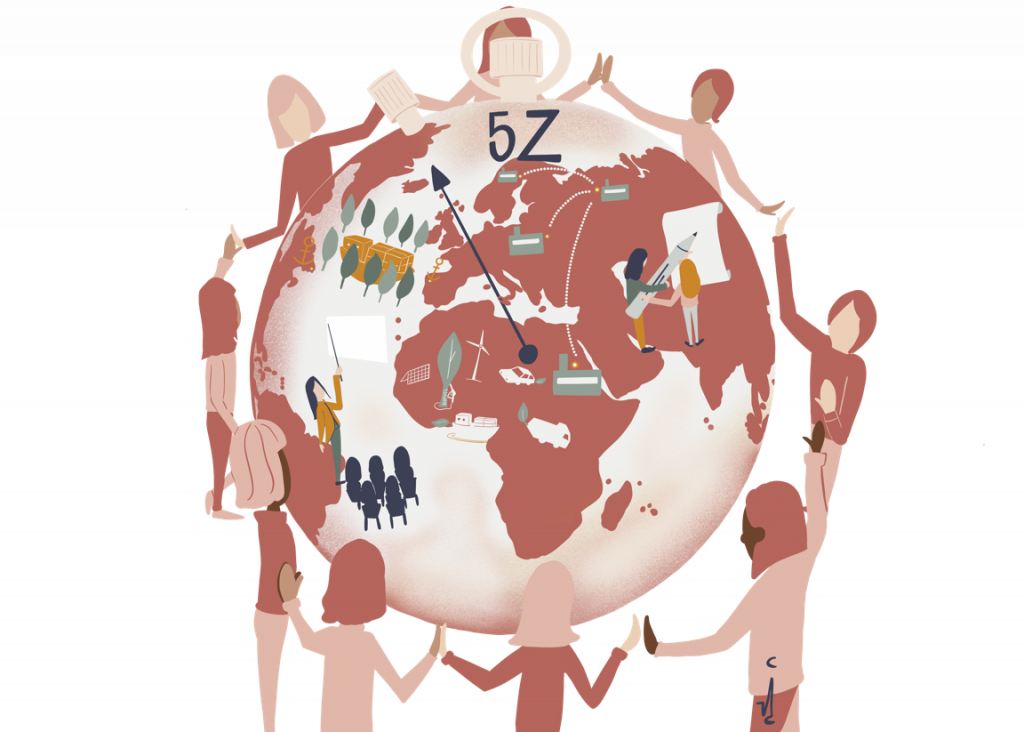 Change can only be brought about by people. It is also people that have to support and work with the new solutions. All job roles in the logistics sector are expected to experience some level of change. As an example of 56 positions analyzed in the Jobs Transformation Map (JTM) for the logistics sector in Singapore, about 54 percent of jobs will undergo at least a “medium degree of change” which will require job redesign, right-skilling or cause displacement.

Under the aegis of the UN Global Compact, the International Chamber of Shipping and International Transport Workers, a Just Transition Maritime Task Force has been set up at COP26 to prepare policy and business recommendations to develop skills and jobs required for creating a zero emission shipping sector. As per reports, other UN organisations like the International Labour Organization (ILO) and the International Maritime Organization (IMO) are expected to join the task force as partners. The task force aims at aiding the global seafaring community in its green transition through helping the development of green skills and providing equal work opportunities for everyone, leveraging best practices across the global value chain networks and creating policy recommendations of equable transition with a particular focus on developing nations. A more precise roadmap will be chalked out in a meeting scheduled to take place in December 2021.

The work force, regardless if on operational or executive level, needs to upgrade its capabilities to cope with the new technologies used to power an emission free transport system. A new skill set needs to be established for today’s and tomorrow’s transport industry professionals as for instance for the handling of new fuel types, transforming existing fleets and building new ships being powered by zero emission fuels, but also for utilizing digitalization for data- and information-empowered decision-making and automation. As an example, the gathering force of maritime informatics, uniting practitioners and academics to jointly contribute to making shipping more efficient, sustainable, safe and resilient, is in the process to establish a Maritime Informatics Institute, as recognized by the Nautical Institute (NI), and initiate a globally coordinated upgrade of the human (digital) capabilities founded in a curriculum on needed skills of the future shaped by the industry. With the outcome of COP26 the need for right-skilling in the field of supply chain, logistics and transport will significantly increase. Skilling is an important building block on the road to social justice and more sustainable supply chain networks.

One constant theme in the industry discussion in the logistics and transport industry is thus collaboration. This comes very naturally. The industry is fragmented, conducted in a self-organised ecosystem, and no player can service the entire spectrum of transport and logistics needs. But although constantly discussed the industry feels it should align and collaborate much better across the globe. This may soon also be needed as decarbonizing supply chains requires a level of collaboration at a scale that has never been seen before- collaboration within and beyond the industry. As of today, all industries are operating as systems within connected systems. That also explains why the transport and logistics sector can’t decarbonize alone. But it also means that its contribution is as well needed so that others can reach their carbon reduction goals too.

Generally, the announcements at COP26 included two common themes: collaboration and globality. Holding the increase in global average temperature below 2°C or even 1.5°C above pre-industrial levels requires collaboration across the entire global economy and society. It was made very clear that nobody can solve the climate crisis alone. Mia Mottley, Prime Minister of Barbados summarized this in her speech in one sentence: “The pandemic has taught us, that national solutions to global problems do not work”. The two powerhouses and leading emitters of greenhouse gas (GHG) might have heard the message. Unexpectedly, the governments of the United States of America (USA) and the Peoples Republic of China (PRC) struck an agreement to work closely together to cut GHG emissions in the next decade. The two governments vowed to regulate decarbonization, methane emissions, and fight deforestation together by meeting regularly.

Communication and collaboration between governments, organizations and people across the globe has substantially improved thanks to means of digitalization. Digital platforms ease bilateral and multilateral discussions, innovation and large-scale collaboration. We see a broad range of initiatives of vertical and horizontal collaboration based on digital data sharing in applications, such as data sharing platforms for supply chain management as well as digitally powered service towers monitoring and advising transport and logistics operators providing situational awareness. But we also receive persistent warning signals that there is still significant resistance to data sharing among involved parties. An attitudinal shift of everyone is needed to take responsibility for promoting collaboration with data sharing. Unfortunately, fossil-fuel powered transport and logistics will continue to exist for some time and digitalization helps improving coordination to eliminate congestions, delays and any kind of other waste which all help to reduce costs and carbon emissions. Digital means, like platforms and analytics will be instrumental to implement the clean economy.

Captured in the 5Zs, unprecedented initiatives have been launched to accelerate the journey on the route to a zero emission world. This should be an inspiration but also obligation for the transport and logistics sector and the players in the supporting industries accelerate their efforts delivering on the commitments announced at COP26. After COP26, we are at about 2.7 degrees of warming. If we look at the commitments for 2030, that number goes to 2.4 and with the long-term goals to 1.8. But not all promises will be implemented. The next and first litmus test will be the outcomes of the discussions on climate action of the various associations, organizations and bodies during the weeks and months to come. So far, the 77th Marine Environment Protection Committee (MEPC) virtual meeting convened by the International Maritime Organization (IMO), only a week after the climate summit in Glasgow, has already failed the test when the talks turned into a stalemate with very poor achievements. The MEPC member states agreed to revisit the emissions targets in 2023. “Governments can’t keep kicking the can down the road; every delay moves us further away from reaching pressing climate goals,” said Guy Platten, secretary general of the International Chamber of Shipping.

The leaders and decision-makers should keep in mind the following words of Christiana Figueres, former Executive Secretary of the UN Framework Convention on Climate Change (UNFCCC) appointed six months after the failed COP15 summit in Copenhagen and who shaped the process that ultimately led to the historical Paris Agreement at COP21 in 2015 which is the reference point for all global climate talks till today. “We will move to a low-carbon world because nature will force us, or because policy will guide us. If we wait until nature forces us, the cost will be astronomical.”

Wolfgang Lehmacher is operating partner at Anchor Group and advisor at Topan AG. The board member, executive advisor and former head of supply chain and transport industries at the World Economic Forum and President and CEO Emeritus of GeoPost Intercontinental is advisory board member of The Logistics and Supply Chain Management Society, ambassador of The European Freight and Logistics Leaders’ Forum, and founding member of the think tanks Logistikweisen and NEXST. 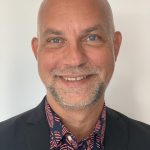 Mikael Lind is the world’s first Professor of Maritime Informatics and is engaged at Chalmers, Sweden, and is also Senior Strategic Research Advisor at Research Institutes of Sweden (RISE). He serves as an expert for World Economic Forum, Europe’s Digital Transport Logistic Forum (DTLF), and UN/CEFACT. He is the co-editor of the first book of Maritime Informatics recently published by Springer.

SYNOPSlS: Your Supply Chain Roadmap IDC’s Predictions for 2022 and Beyond

Defining the Roadmap for FY2022

The World in 2022: What’s on the horizon for supply chains this year?