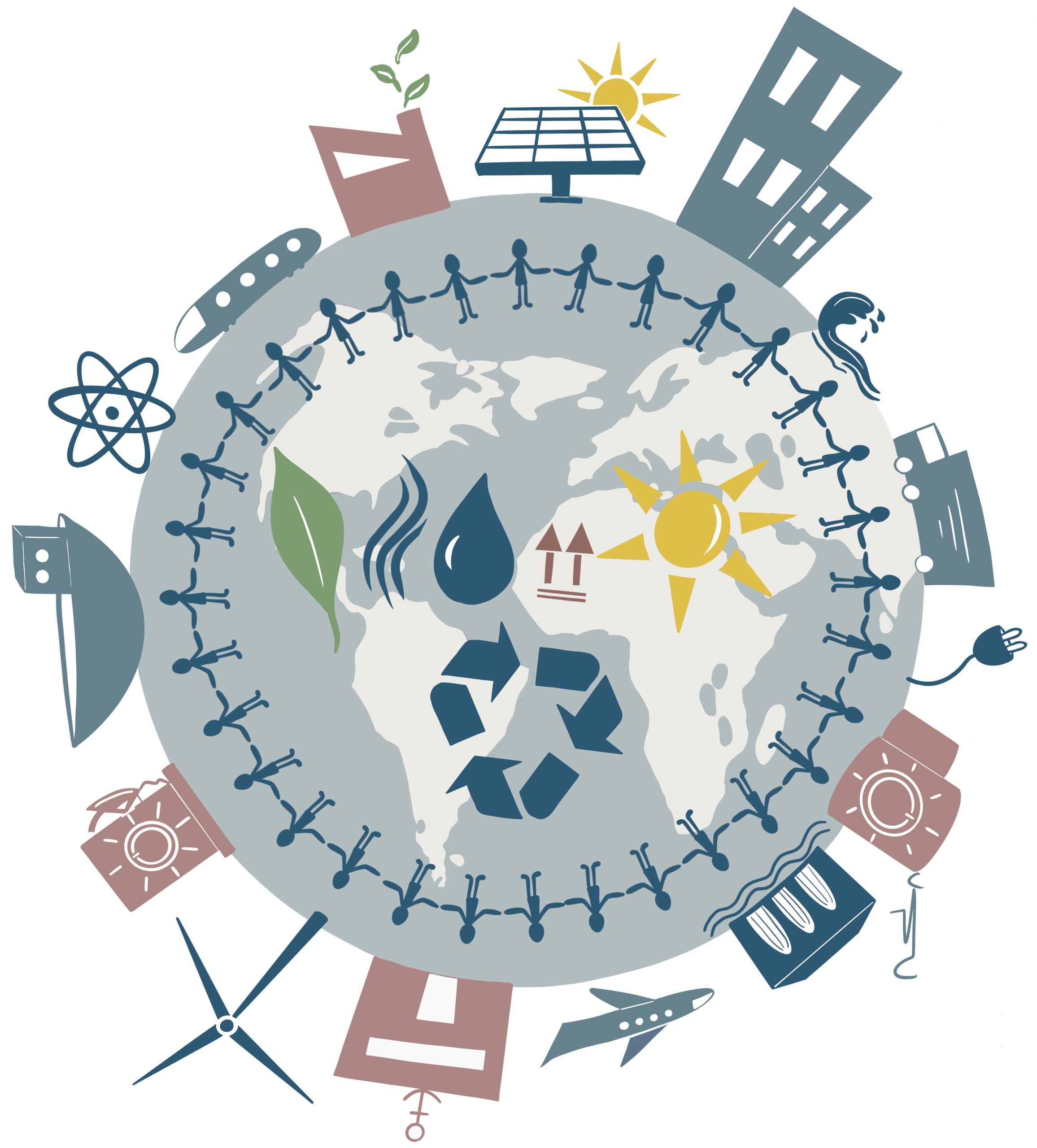 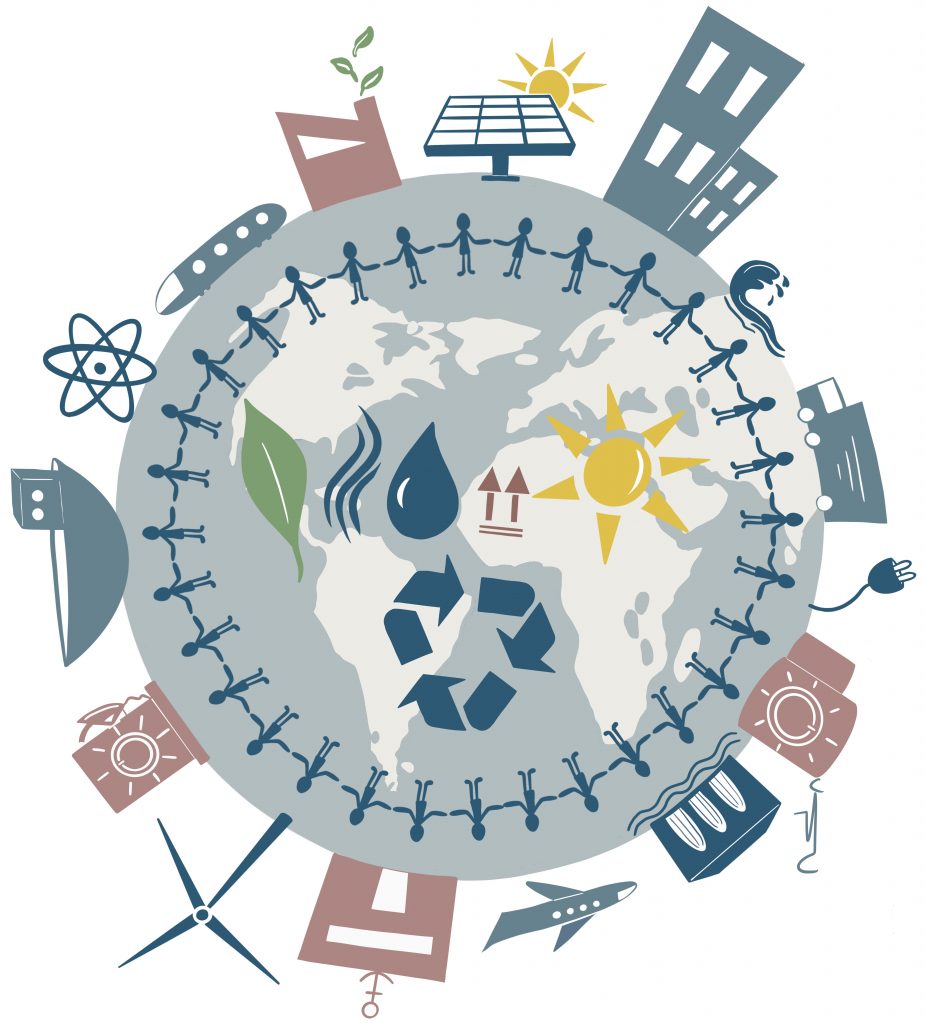 Transportation accounts for 17 percent of global greenhouse gases (GHG) and 20 percent of global carbon dioxide (CO2) emissions. After the 26th United Nations Climate Change Conference (UNCCC) or Conference of the Parties (COP26), in Glasgow in 2021 we wrote that “… the [logistics and transport] industry which previously showed largely low levels of commitment to engage in the COP agenda, showed the world that it exists and can take a seat at the COP table to actively contribute to fight climate change”. Did COP27 leverage the momentum that has been growing since COP26?
Unlike in Glasgow, there was no dedicated transport day, nor a transport pavilion in Sharm El-Sheikh. Sustainable transport was one of the topics discussed during the event’s “Solution Day” on 17 November 2022. Across the economy, we observed that many players in the private sector increased their decarbonisation efforts despite or maybe even because of the challenges on governmental level. We consider COP27 as an important milestone and think that our summary underpins this assessment.

At COP26 there was a Declaration on Accelerating the Transition to 100% Zero Emission Cars and Vans (ZEV Declaration). Public and private signatories committed to work towards all sales of new cars and vans being zero emission in leading markets by no later than 2035, and globally by 2040.
Since COP26, the number of signatories to the ZEV Declaration has grown from an initial 120-130 to a total of nearly 200 national and local governments, OEMs, fleet owners and other entities.

COP27 saw the launch of the “Accelerating to Zero Coalition” (A2Z). The next step of the ZEV declaration integrates workstreams of the United Nations Framework Convention on Climate Change (UNFCCC) High Level Action Champions (HLAC) with Automotive Manufacturers and The Climate Group’s EV100 to avoid duplication of effort and to pool resources. This initiative was complemented by the global commitment to mobilize more assistance and align existing funds to support ZEV transitions in emerging and developing countries this decade as part of the new yearly action plan of the Zero Emission Transition Council (ZEVTC).

At COP26, 15 countries declared that they would collaborate towards realizing 100 percent zero-emission new trucks and bus sales by 2040. Under the Global Memorandum of Understanding (MOU) for Zero-Emission Medium- and Heavy-Duty Vehicles (ZE-MHDVs) the signatories set an interim goal of 30% zero emission new vehicle sales by 2030.

Since COP26, a series of deep dive webinars have been conducted on how to design policies for ZE-MHDVs. In July 2022, a global roadmap for Reaching 100% ZERO-Emission Medium- and Heavy-Duty Vehicles by 2040 was established to prepare an action plan to achieve MOU goals. In September 2022, a call to action was released to promote the initiative.

At COP27 new ZE-MHDV country signatories and endorsers were announced, including the United States (U.S.), several European countries and a number of Small Island Developing States.

The transport sector needs to prepare for the time where only zero-emissions vehicles will be available.

At COP26 the International Aviation Climate Ambition Coalition was launched with a declaration aimed at gaining support for aviation decarbonisation. The coalition members agreed to achieve, through the International Civil Aviation Organization (ICAO), the adoption of a long-term aspirational goal consistent with the Paris Agreement.
Since its launch, the coalition’s membership has more than doubled from 25 to 59 countries and the net-zero 2050 Long Term Aspirational Goal (LTAG) was adopted at the 41st ICAO Assembly in autumn 2022. Other aviation commitments include ensuring effectiveness of the Carbon Offsetting and Reduction Scheme for International Aviation (CORSIA), promoting the development and deployment of sustainable aviation fuels (SAF), and capacity building.

At COP27, ICAO Council President Salvatore Sciacchitano advocated for the realization of the ICAO Assembly’s decision to reach net zero emissions from air transport by 2050 as the update of the goal requires supportive government policies.
The aviation industry is required to push the development of SAF and activate every other enabler to reduce emissions.

At COP26, 19 countries joined the first framework to establish zero emission maritime routes. Signatories to the so-called Clydebank Declaration agreed to collaborate to support the creation of green shipping corridors between two or more port pairs. The sector needs to reach a tipping point by 2030, when 5% of shipping fuels are scalable zero emission fuels that can be rolled out across the green corridors.

In April 2022, Singapore and Palau joined the initiative taking the total to 24 country signatories. We saw the first Green Corridor MOU between the ports of Los Angeles and Shanghai; other ports followed with agreements, including Gothenburg and Rotterdam, Gothenburg and Gent, Hamburg and Halifax, and Rotterdam and Singapore. The Clydebank Declaration aims at establishing at least six corridors and we consider that the beforementioned ones count under the declaration although they these were not specifically mentioned in Glasgow.

At COP27, the 2022 Annual Progress Report on green shipping corridors was released and the Zero-Emission Shipping Mission that aims to demonstrate commercially viable zero emission ships by 2030 unveiled its Green Shipping Corridor Hub, an online tool that shows announced green shipping corridors worldwide, a map for matchmaking between interested partners in the development of such corridors as well as a library of information material. Cargo Owners for Zero Emissions Vessels (coZEV) launched the Roadmap to 2040 which includes the creation of a new maritime freight buyers alliance, a cargo owner policy coalition, and a green corridor advisory board to enable full decarbonisation of ocean freight. Panama, Uruguay, and Norway joined the Clean Energy Marine Hub Initiative (CEM-Hubs), a public-private partnership endorsed by the International Chamber of Shipping (ICS) to accelerate the production, and trade of low-carbon fuels across the world. In the works is a global maritime taxation system targeting bunkers. The US and Norway launched a Green Shipping Challenge to encourage stakeholders along the maritime value chain to propose concrete steps that will help to achieve full decarbonisation of the industry no later than 2050.

Carriers will be incentivised or obliged to service these maritime routes only with zero emission ships.

At COP26, a Maritime Just Transition Task Force, the first global task force dedicated to securing a Just Transition in a sector, was established under the aegis of the UN Global Compact, the International Chamber of Shipping (ICS) and International Transport Workers Federation (ITF) to prepare policy and business recommendations to develop skills and jobs required to achieve a zero emission shipping sector and provide equal work opportunities for everyone.

COP27 saw the launch of a 10-point action plan informed by the report and prepared by the Task Force Secretariat, in consultation with other Task Force Members, IMO and the International Labor Organization (ILO).

In our contribution on COP26 we also mentioned the First Movers Coalition (FMC) which contains a transport dimension and the last-minute US-China Climate Agreement. One year on at COP27, the FMC welcomed 65 members, including 7 new members, and launched the cement and concrete commitment. US-China bilateral climate talks resumed in Egypt after rift over Taiwan. As an important multilateral point, Ngozi Okonjo-Iweala, the World Trade Organization (WTO) Director-General, underlined in a COP27 interview with Bloomberg that “free trade in environmental goods and services is one of the keys to achieving net zero by 2050”. The 2022 summit closed with an agreement on a funding mechanism to compensate vulnerable nations for ‘loss and damage’ from climate-induced disasters which need to be operationalized in the coming period.

COP26 laid critical foundations. COP27, also called the “COP of Implementation”, functioned for the sector as a review and amplifier platform where actors reported progress and galvanized additional support for their decarbonisation initiatives. As a final word and despite transport being in evidence everywhere at COP27, we call for dedicated Transport Days, not only at COP. Such landmark events raise awareness, scrutinize decarbonisation actions, and induce hope. The green actions would certainly benefit from a World Transport Decarbonisation Day.

The transport and logistics sector should further raise its profile on the global stage of decarbonisation. 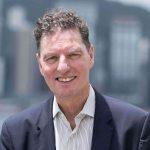 Wolfgang Lehmacher is operating partner at Anchor Group and advisor at Topan AG. The former head of supply chain and transport industries at the World Economic Forum and President and CEO Emeritus of GeoPost Intercontinental is also advisory board member of The Logistics and Supply Chain Management Society, ambassador of The European Freight and Logistics Leaders’ Forum, advisor of GlobalSF, and founding member of the think tanks Logistikweisen and NEXST. 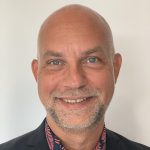 Mikael Lind is world’s first Professor of Maritime Informatics engaged at Chalmers, and Research Institutes of Sweden (RISE). He is an expert contributor at World Economic Forum, Europe’s Digital Transport Logistic Forum (DTLF), and UN/CEFACT. He is co-editor of the first two books on maritime informatics, and is co-author of Practical Playbook for Maritime Decarbonisation.

The Green Corridor: Predictions Are In The Green!