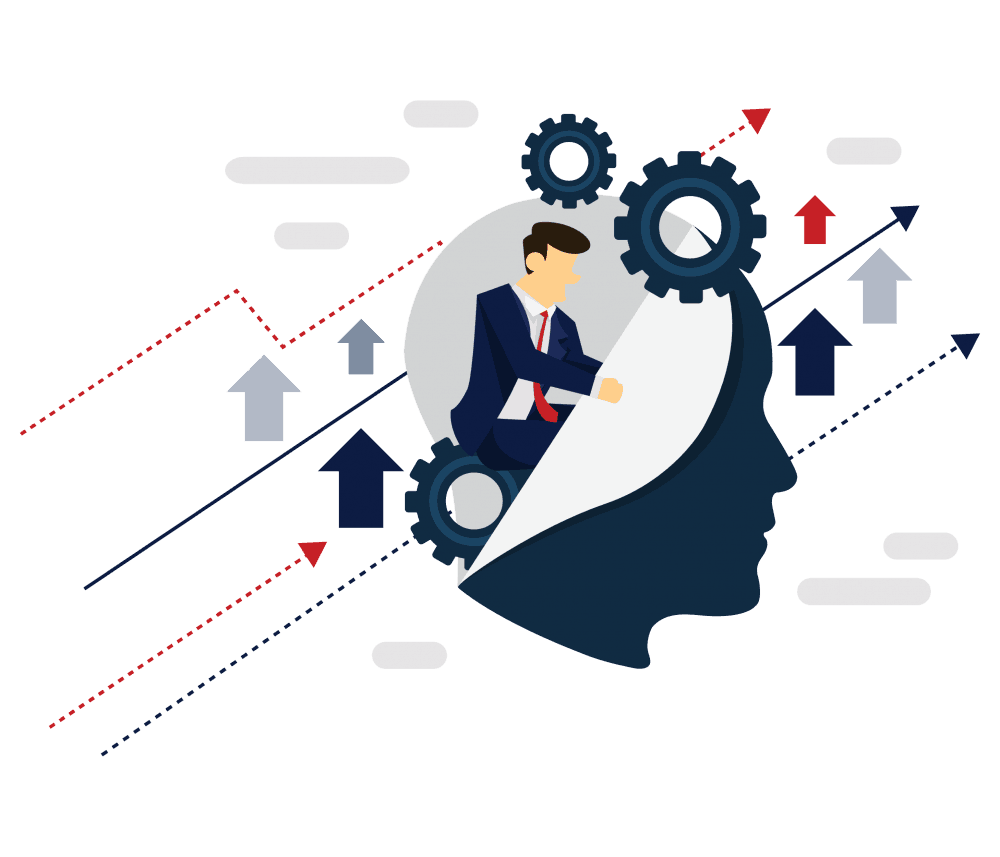 Progressive organizations consistently lament the dearth of capable leaders who can take up the reins at the top and sustain a robust stride towards continued prosperity.  One of the challenges facing organizations in the respective context is the changing role and skill set of leaders that are expected to thrive in a ubiquitous Digital world.  For example, a significant requirement for tomorrow’s leaders is the penchant for service that goes beyond the professional demands of the assigned function and opens horizons for permeation of altruistic thought and meaningful contributions to the wider goal of ensuring a harmonious existence within the global community for mitigating/eliminating the chance of a misstep that might jeopardize an organization’s future in an increasingly ‘sensitized’ and ‘connected’ world.

Additionally, most of the literature on leadership has been written before the dawn of the Digital Age and its disruptive influences.  Consequently, established leadership theories and conventional management practices are being relentlessly tested in an era where profitability is no longer a guarantee of sustainability and huge conglomerates are constantly looking over their shoulders with nervous anticipation of becoming irrelevant from ambitious startups.  Furthermore, gaining a degree is no longer considered ‘essential’ for career success as ‘abandonment’ has become ‘fashionable’ due to the ‘glaring’ achievements of ‘dropouts’, who continue to receive ‘rock star’ status within the startup realm.  This is being reinforced by the huge influx MOOCs (Massive Open Online Courses) and core emphasis on specific skills, rather than, broad academic credentials.

The mandate for future leaders increases in complexity when the exponential strides made by Artificial Intelligence (AI) are considered with the prospect of incorporating them eventually as ‘employees’, rather than, the status-quo of being considered as ‘advanced’ machines.  Consequently, lessons from the past are largely becoming irrelevant as there is no reliable precedence for a Digital world that is constantly being reshaped by innovations that marginalize/outpace ‘established’ rules/regulations/norms of commerce and ‘prescriptive’ management practices.  Therefore, grooming the next crop of leaders is being optimistically leveraged upon the sanctity of the current best practices and the probabilistic determination of formulated predictions for the future.

Consequently, identifying, developing and grooming potential leaders should be an ‘ingrained exercise’ woven within the fabric of the organizational culture.  This enables the establishment of an ‘embedded nursery’ for producing skilled leaders who are not only critical to ensuring a bright future for the organization, but also, become worthy ambassadors of the organizational brand.  Such a move also converts associated risks with having competent leaders into competitive advantages, e.g., talent poaching is embraced instead of being feared since there is no shortage of skilled successors within the ranks and ‘fresh blood’ flowing through the organizational veins ensures long term vitality, agility and relevancy in an increasingly unforgiving corporate world.  This can be visualized as: 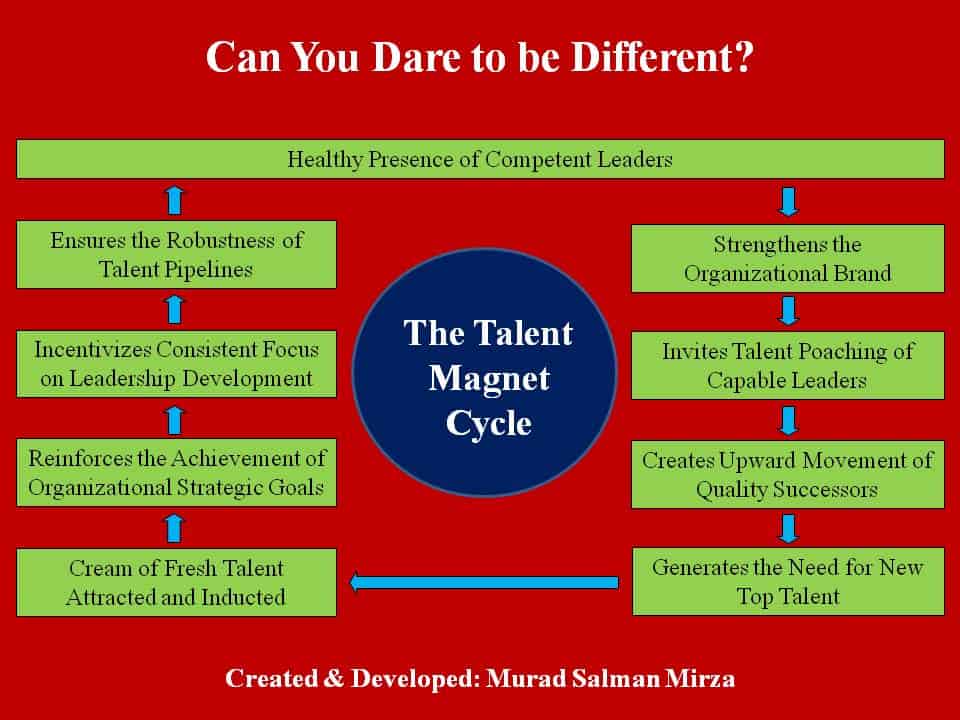 So, what are the key traits of a ‘true’ leader in the Digital Age?  Let’s breakdown the word ‘LEADER’ into its constituent elements and then synthesize the segregated parts in a particular context to gain a clear and insightful understanding of the desired merits: 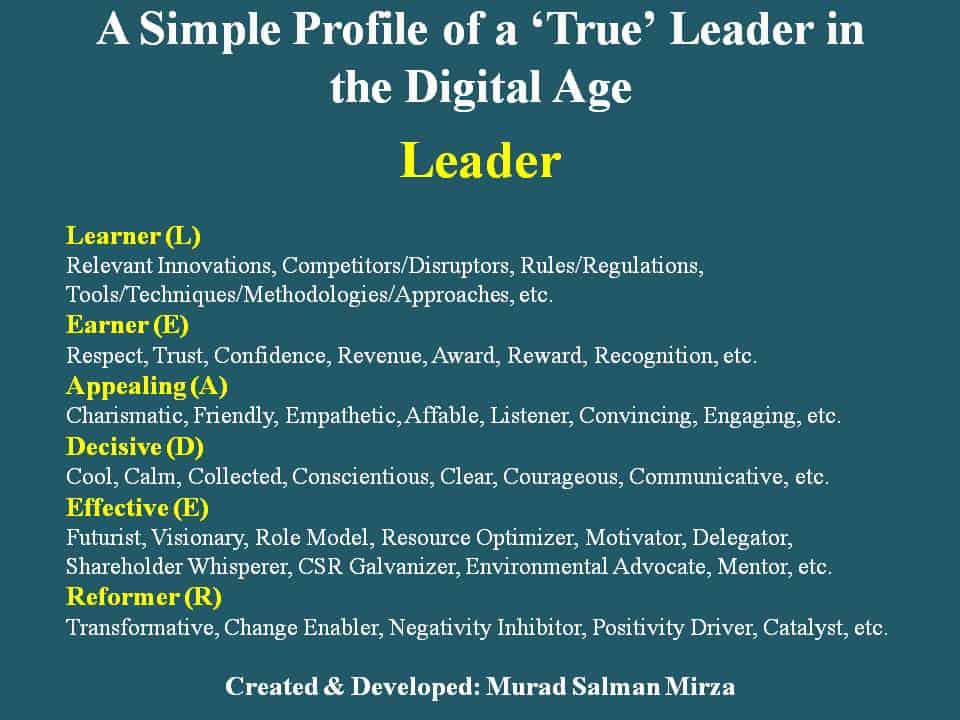 This refers to having the humility of an ‘always be learning’ attitude that is critical to thriving within the dynamics of a Digital world.  It requires an open mind that is accommodative to constructive views/perspectives from all facets of the organization while being mindful of the strides being made by worthy disruptors and evolving rules/regulations.  It calls for the courage to embrace failures while having the boldness to experiment with innovative solutions despite internal dissention to overcome daunting challenges.

This pertains to possessing the ability to increase the bandwidth of adding value to the organization.  It entails the gaining of trust and confidence of team members to a level where they feel confident in loosening the ‘stringent’ expectations of the ‘psychological contract’ without the nagging fear that the element of ‘trustworthiness’ will not be egregiously violated in taking difficult decisions.  It also harbors the skillful fulfillment of the performance expectations from investors/shareholders, especially, in terms of continued profitability and steady growth while being justifiably recognized/rewarded for enviable success.

This refers to the harnessing of personal qualities that creates robust endearment with the team members.  It entails the channelization of ‘convincing power’ in a way that is more felt than expressed to create consensus over the effective resolution of contentious issues.  It includes the optimum combination of nonverbal and verbal communication that strengthens organizational integration, promotes approachability and cements core values through the personal manifestation of being a role model.

This pertains to the intelligent consumption of available information and then taking astute decisions based upon viable options while being mindful and accommodating of inherent risks.  It indicates the presence of a calm disposition that is unflappable under pressure and abounds with creativity and imagination in coming up with or deriving novel solutions.  It reflects a level of maturity/conscientiousness that accepts the trials and tribulations of leadership.  Such a demeanor is unfazed by the prospect of being ‘wrong’ and readily ‘accepts’ the consequences without shifting the blame on others.

This pertains to being serenely comfortable and positively impactful in all the conventional and unconventional initiates undertaken as a leader.  It includes the prudent realization that being a Visionary is not enough anymore as momentous strides are made within the Digital realm and one has to step up to the pedestal of becoming a Futurist for securing the organization’s journey of excellence in the relevant ecosystem.  It demands a person of strong personal integrity, sound professional expertise, incisive decision-making skills and steadfast commitment to pleasing and placating key stakeholders while solidifying the organization’s standing as a responsible corporate citizen.  It also reflects a willingness to allow the Talent Management practices to have the ‘breathing space’ for ‘Free Thinkers’ and ‘Trendsetters’ who are imbued with the ‘Change Imperative’ and enrich the ‘Organizational Aptitude’ in unconventional ways while boosting their ‘Professional Relevance’ in the Digital world, as depicted below:

This refers to having an innovative mindset that is driven to disruption by a profound sense of purpose.  It reflects a personal promise of being transformative in refining ailing/inadequate business processes and maximizing the talent potential of the multigenerational workforce by assuring an optimum balance between ‘Crystallized Intelligence’ (prevalent in older team members) and ‘Fluid Intelligence’ (prevalent in younger team members).  It calls for someone who is intent on leaving an enduring positive legacy and is comfortable with establishing a strong line of capable successors.  It also reflects the ability to harmonize the ‘Organic’ and ‘Inorganic’ elements of the organization, as depicted below: 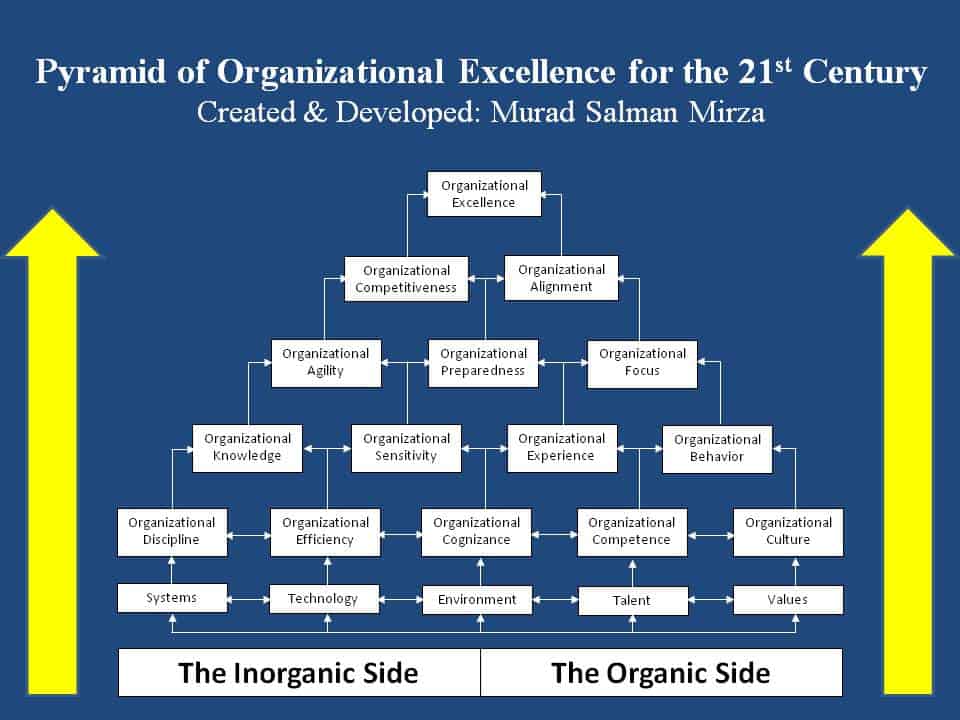 The aforementioned traits reflect an enterprising and invigorating leader who is ready to meet the dynamic challenges of tomorrow, especially, in a burgeoning era of advanced automation and seamless autonomous functioning that is ‘commoditizing’ conventional notions of excellence related to job performance while ‘relevance’ is steadily gaining stronger traction in being a more significant factor for determining obsolescence.  Is your leadership prepared accordingly?

Murad is an innovative thinker and an astute practitioner of areas within and associated with the fields of Organisational Development, Talent Management & Business Transformation. He has worked in various geographical regions across the world. He has a rich history of delivering desired results for progressive organisations ranging from SMEs to Large Corporate Entities. His scholastic accomplishments have been affirmed by induction into Beta Gamma Sigma, an International Honor Society, as a Lifetime Member. He is also a globally published author and an active contributor to various professional forums.